News: Nigerias Will Eventually Benefit From The Resources Of The Nation – Osinbajo 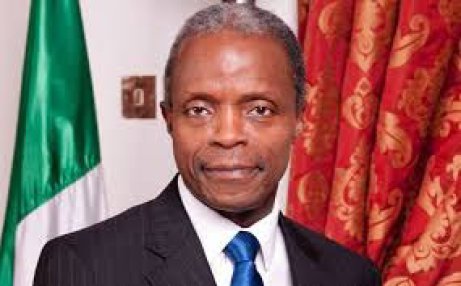 Vice President, Yemi Osinbajo, has said that the
current economic downturn in Nigeria would
surely make the people act right. He further went
on to say that President Muhammadu Buhari’s
administration would ensure that the Nigerian
people benefit from the resources of the nation at the long run.

Osinbajo spoke during a courtesy call on him by the
Australian Foreign Affairs Assistant Secretary,
African Branch, Mr. Mathew Neuhaus who was
accompanied by the country’s High Commissioner
in Nigeria, Mr. Paul Lehmann.

“It is a difficult time, but we think it is an excellent
opportunity to do right by the people so that our
people are able to get the benefit of the nation’s
resources,” he said.

He however noted that the presidency was making
appreciable effects in the areas of security,
governance, anti-corruption and the economy.