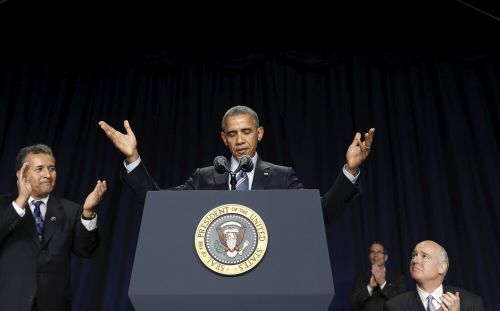 Nine federal agencies published a final rule
aimed at protecting the religious liberty of faith-
based organizations and the people they serve.

The new regulations from the rule, jointly published in the Federal Register by the departments of Education, Homeland Security,
Agriculture, Housing and Urban Development,
Justice, Labor, Veterans Affairs, Health and
Human Services, and the U.S. Agency for
International Development, will also add new
protections that would allow religious providers of social services to compete on
equal footing with private providers for
government funds.

In explaining how the new regulations will
work, the USDA noted for example, that a beneficiary who participates in The Emergency
Food Assistance Program (TEFAP), or any other
USDA service offered by a faith-based
organization, must be notified in writing that he
or she cannot be discriminated against based
on religion, cannot be required to attend or participate in any privately funded religious
activities that are offered separate from the
federally funded program, and may request an
alternative provider, if the beneficiary objects to
the religious character of the organization.

The new protections also require that all
decisions about federal financial assistance be
based solely on merit, without regard to an
organization’s religious affiliation or lack
thereof according to the USDA.

“Here at USDA, we are grateful for partnerships
that help us serve Americans in their time of
need. Today’s regulations not only protect the
religious liberties of USDA customers, but also
reflect the concerns of our community and
faith-based partners,” Norah Deluhery, director of faith-based and neighborhood partnerships
at USDA said in a statement Thursday. “Faith-
based organizations support the delivery of
critical safety nets that improve quality of life for
many. Today’s reforms will strengthen these
services while reflecting the constitutional principles that define our nation.”

The regulations represent the culmination of a
process started by President Barack Obama in
2009 when he appointed a diverse Advisory
Council for Faith-Based and Neighborhood
Partnerships, according to Melissa Rogers,
executive director of the White House Office of Faith-based and Neighborhood Partnerships.
Council members were asked to make
recommendations for strengthening the social
service partnerships the Government forms
with nongovernmental providers, including
strengthening the constitutional and legal footing of these partnerships.

The final rule regulations highlighted by the White House, sets forth changes to current regulations, including changes that:

“Faith-based organizations, such as Christian
service organizations, whether or not they
receive federal funds, should be thankful for
the faith-based regulations the Obama
administration has just announced,” he said.

“The regulations are modifications of the
George W. Bush-era ‘equal treatment’
regulations, which in turn were inspired by the
Charitable Choice provisions that Congress
added to the welfare program and some other
programs and that President Clinton signed into law.

“The regulations require government officials
to be biased neither against nor in favor of
religious organizations that apply for funding
to offer services, explicitly protect the religious
character of religious organizations that receive
federal dollars, and protect the religious freedom rights of people seeking help. This is
the third administration — two Democratic and
one Republican — that has taken specific
initiatives to ensure that faith-based
organizations can be partners with the federal
government to serve people in need.”