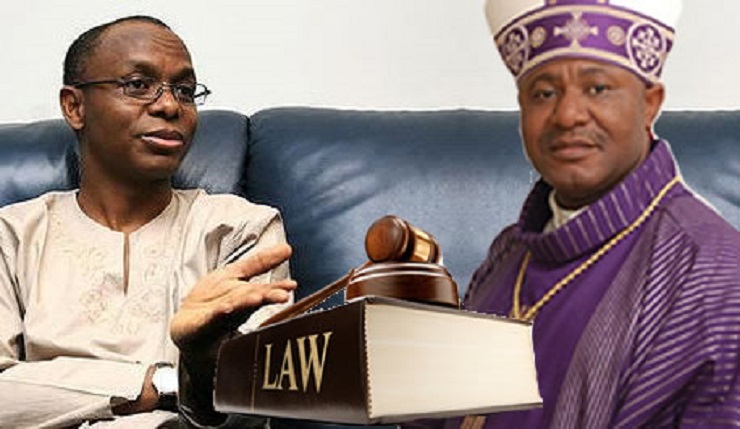 Pastor Tunde Bakare has criticised Federal
government for doing too little for the rescue of
the missing Chibok girls kidnapped almost two
years ago by the Boko Haram sect.

Senior Pastor of the Latter Rain Gospel
Assembly was speaking on April 10, Sunday, in
Abuja at a special sit-out of the
BringBackOurGirls (BBOG).

He said: “The whole nation has failed these
children.

“Parents, families and friends of our dear
daughters, I am here today not just to speak to
you, but to speak to the nation and to the
world as one of you. I’m here as a father
burdened by the captivity of our daughters,
and I am here as a friend. I am here to express our frustrations and to speak of our undying
hope as we wait expectantly for the return of
our dear Chibok girls.

“We are not unmindful that the Nigerian state
failed to provide security for our daughters as
they gathered to write final examinations
despite prior intelligence reports that
suggested they were in danger.

“It is most severely injurious to see that the fate
of our daughters has been frequently
politicized. Rather than rise to the occasion as
stakeholders and custodians of the security
and welfare of the citizens of this nation,
political parties and politicians have paid lip service, using our pain and plight of our
daughters to score cheap political points.

“We are not convinced that the matter of our
daughters has been given the needed
thoughtfulness.

“We do not believe that those who are in a
position to act have taken sufficient actions
towards addressing the issue or even towards
claiming our anxiety as waiting parents.”

Bakare claimed that the girls would have been
saved if they were children of politicians and
renowned pastors.

“We do not believe those concerned have
taken sufficient actions concerning the rescue
of these girls”, the pastor added, expressing
optimism that the girls would be rescued even
as he prayed God to see to that.

Boko Haram through the secret contact with
Buhari’s government reportedly demands a
ransom of nearly $56m for the release of the 219 schoolgirls it kidnapped from the Nigerian
town of Chibok on April 14, 2014.

However, the government denied media
reports that the militant group is demanding
ransom before releasing the missing girls.

Cameroon police recently detained two
teenage girls minutes before they were about
to detonate suicide vests. One of them – a tired,
malnourished 15-year-old who had spent
months in the bush – told them she was a
Chibok girl. The probe later showed that she is not one of the missing Chibok schoolgirls