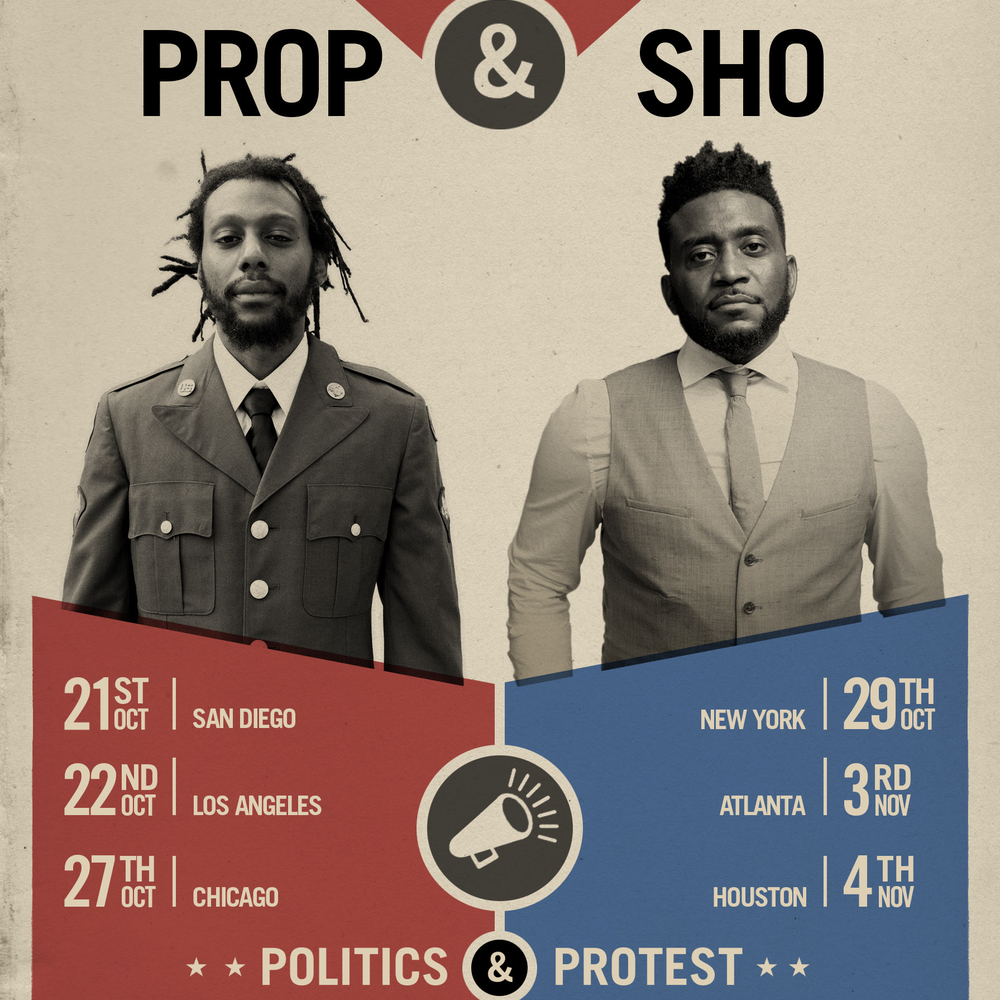 Humble Beast just announced that Sho Baraka and Propaganda are headed out on tour together to have a politics & protest spotlight conversation.

The tour will head through six cities for now beginning October 21 in San Diego, then moving on through Los Angeles, Chicago, New York, Atlanta, and finally in Houston on November 4.

“Each night we hope to dive deep into the topics of compassion, unity, ethics, race, faith, and the church. Our hope is that by bringing these
conversations to the forefront each night, we can move past the Twitter rants & Facebook debates to a place where people are no longer disillusioned, but inspired & equipped to step back into their communities with fresh eyes, compassion in their
hearts, good news on their lips – ready to live as lights in a dark world. In addition, each night Sho Baraka will be previewing some of his new music off of his upcoming new album,” reads the event.
For more information and tickets, click here