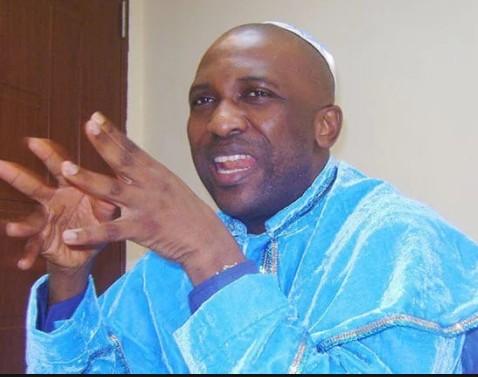 Primate Ayodele of Inri Evangelical Spiritual Church, Lagos has released a new set of prophecies in his new book titled “Warning to the Nations”.

In the book he said “the voice of God says the name Aso Rock will be changed in the nearest future and the location may also change. Let us pray to rebuke death and shootings in the villa. I forsee that from 2032, Nigeria will not be one country again as I foresee five nations coming out of Nigeria. In 2024, there may be a natural disaster and in the nearest future, the name Lagos may change and Ibadan may become a state’.

He also said, ‘The spirit of God says power will still return to the North in 2019 and Nigerians will be shocked as regards who becomes president. The second term bid of President Buhari will be dicey. I foresee that the international community will gang up against him especially on issues of human rights and corruption. President Buhari needs prayers for his health as his health condition will be troubling him. People who are to help the Buhari governmnet are the ones that will fight him. I foresee an unexpected change in the government of Buhari, he will be disappointed by close confidants’.

On Democracy, the prophet says, ‘the spirit of God says Democracy in Nigeria may not last for the next 30 years. I foresee a referendum which may lead to reforms as so many things will be affected in the country’.

On Biafra he says, ‘I foresee that Biafra will be actualised but not now. Biafra is going to battle with Nigerian forces for they have done a lot of underground works. The current leaders clamouring for Biafra now may not be the ones that will make the dream come true. Nnamdi Kanu may not be the one to actualize this dream. I foresee that he will have problems due to his activities in relation to the bail granted him’.

On Arsene Wenger, the prophet says, ‘the coach may develop naughty attitudes that may make the football fans to protest against him.He must rebuke cases of carelessness which may make his team suffer some setbacks. His team will start the season on a serious note but his mtch plans and arrangements will be queried. He will have troubles with the management of his club