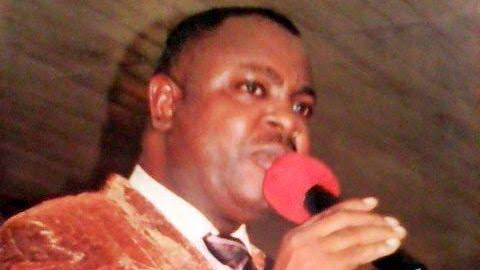 According to a Premium Times’ story, the founder of Ambassadors Glory Churches International in Port Harcourt was killed in late August when soldiers raided a hideout of militants ahead of the formal launch of ‘Operation Crocodile Smile’ in Niger State.

The clergyman was abducted by gunmen outside his home at Ada George Road in Port Harcourt on August 18th. It alleged that that the Army knew the deceased was a kidnapped victim yet circulated his photos to the media as one of the top militants in the area.

Below is a statement issued on Monday, November 22, by Acting Director of Army Public Relations, Col. Sani Usman:

“The attention of the Nigerian Army has been drawn to a publication on Premium Times website titled “INVESTIGATION: How Nigerian Army ‘killed’ kidnapped pastor and labelled him militant”.

Ordinarily one would not have bothered to respond to that obvious mischief, but for the erroneous impression being created by the so-called “investigative” report in the minds of well meaning Nigerians.

This report just like several others by the medium, were part of systematic and sustained efforts aimed at denigrating the Nigerian Army and tarnish its image.

The Nigerian Army did not kill the pastor as alleged, rather, he was killed by his captors who realized that troops were closing on them during precursor to Exercise CROCODILE SMILE.

It is therefore very mischievous for anyone to ascribe his death to the troops.

The Nigerian Army is a thorough professional organization with clearly stipulated rules of engagement which is being followed to the letter in any given operation or exercise.

It is therefore unimaginable for the troops to kill an innocent person.

A day after, press release was issued to this effect. Days later, a female serving Nigerian Air Force officer reported that her relative whom she identified as Mr. Andrew Anthony, a pastor of a church was killed during the raid and that he was not a militant.

Contrary to insinuations by the medium, other family members confirmed that they never reported the kidnapping of Mr. Andrew to the police. Rather, they were negotiating with the kidnappers on their own without recourse to any security agency before the raid on the militants camp.

The Nigerian Army did not release the photograph of the victim nor referred to him as a militant.

The Headquarters 2 Brigade Nigerian Army also supported the family by linking them up with youth leaders that assisted in identifying and retrieving the corpse of the late pastor.

The attempt to portray the Nigerian Army in bad light by labelling it killer of a pastor and manipulation of information by the Premium Times is totally unacceptable.

The public is therefore enjoined to disregard the publication in its entirety as it is an attempt to blackmail the Nigerian Army and destroy its hard earned reputation, more so as further investigation has been directed by the Chief of Army Staff on the issue.

You are please requested to disseminate this information to the public through your medium.

Thank you for your kind cooperation.