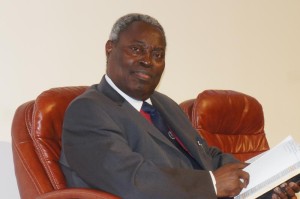 According to him, the current hardship the
nation is presently facing is a process, adding
that there would be light at the end of the tunnel.
Pastor Kumuyi who was fielding questions from
newsmen on his arrival at Warri for a one-night
crusade at the Warri township stadium today for Special Bible Study, with the Theme “Following a
Life Transforming Example,” said Nigeria was a
great nation and that its citizens should always
expect good and prosperous economy.

On militancy in the Nigeria Delta, the church
overseer urged Nigerians to pray fervently for
peace to reign, and pleaded with the militants to
embrace peace and dialogue. On restructuring of
Nigeria, Pastor Kumuyi noted that the issue
should not bother anybody as it was not meant to break up the country.

“We should not worry ourselves too much on
the issue. We should rather think of how we can
move the country forward because too much
talk about restructuring does not mean Nigeria
will break up,” explained the cleric.

Pastor Kumuyi, whose message of the one-day
crusade was “Following a life transforming
example”, stressed he was in Warri to change
lives and pray for permanent peace in the oil city
and environs.

“Let us not create an impression that Nigeria is
totally down, we should rather seek for solution
on how the country can be greater,” remarked
the pastor, insisting that Nigerians should go
down in prayers.