Nigeria’s Population Rises To 193.4 Million According To NBS Forecast 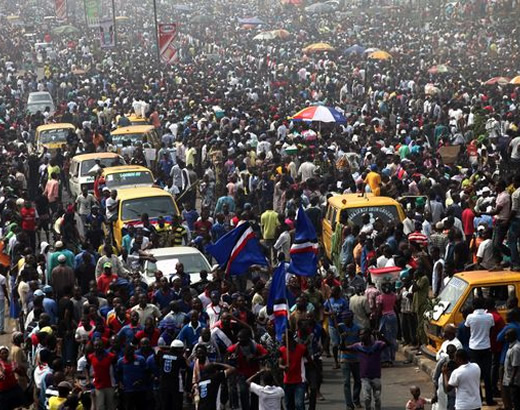 The population of Nigeria which was at 140,431,790 during the last population census in 2006 has been estimated to currently be at 193,392,517. This is according to the National Population Commission (NPC) and the National Bureau of Statistics (NBS).

According to the forecast released by NBS, Kano is the city with the highest population of 13,076,892  people, followed by Lagos with 9,113,605 people. This report contradicts that given by the Lagos State Government and the United Nations which places the population of Lagos at 22 million people.

The NPC will commence preparation for the 2018 national census in 2017.