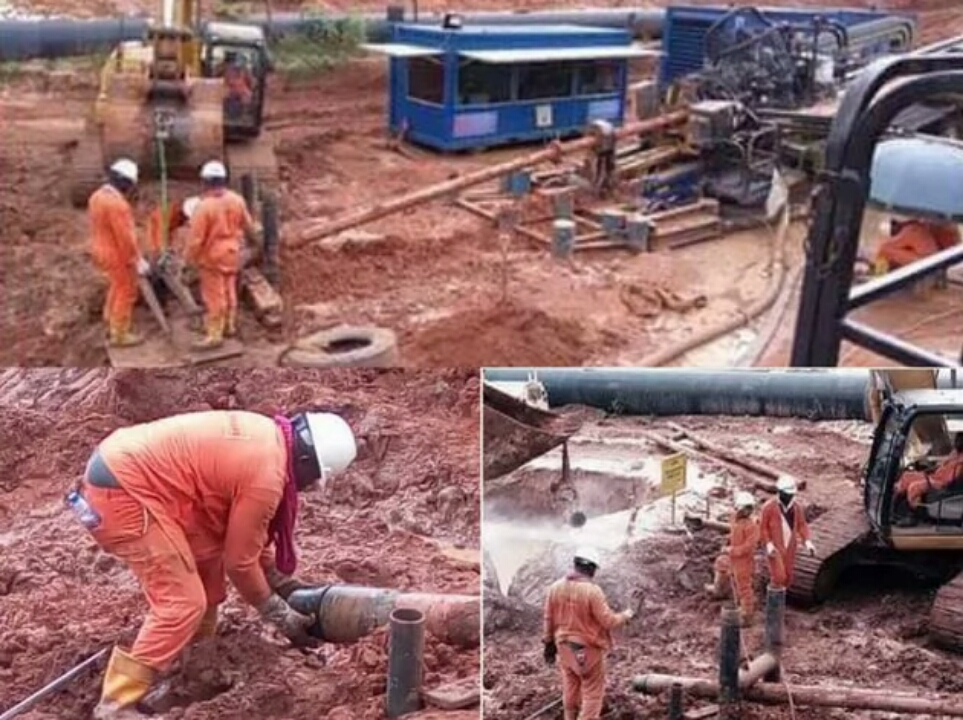 NNPC is putting last touches to a comprehensive framework designed to herald the intensification of exploration activities in the Chad Basin
– According to the fresh reports, the petroleum corporation has so far drilled 23 wells, 21 of which have potential of full prospects of oil

– Nigeria engaged a British company into the exploration that is already working in the Lake Chad region to put efforts together .

Moves by the Nigerian government to build up the nations proven oil reserve through exploration of new frontiers received a fresh thrust with the news that the Nigerian National Petroleum Corporation (NNPC) as 21 oil wells out of the 23 drilled so far have potential of full prospects of oil. The report from the NNPC showed that a total of 23 oil wells have already been drilled by mining oil companies that have been involved in oil exploration in the North in the past 30 years. While only 2 of them were reportedly hit a dry run, 21 other wells were said to hold prospects of oil.
The statement from the NNPC also said that the exploration of the oil in the North has, so far, gulped a shocking sum of about N27 billion and $340 million correspondingly.

The corporation is reportedly expecting to receive more money into the quest – in compliance with the recent presidential directive to resume oil exploration in the North. The statement reads in part: “Discoveries made in neighbouring countries in basins with similar structural settings are: Doba, Doseo and Bongor all in Chad amounts to over 2 Billion barrels (Bbbls); Logone Birni in Southern Chad and Northern Cameroon, over 100 Bbbls; and Termit-Agadem Basin in Niger totals over 1Bbbls. “Already the NNPC New Frontier Exploration Services Division which is leading the charge for crude oil find in the entire Inland Basins is acquiring 3,550 sq km of 3- D seismic data for processing and interpretation in addition to the already acquired 6000km of 2-D data that is currently being reprocessed.”

“The search is not limited to the Chad Basin alone but covers extensive inquest in the entire Nigerian Frontier Sedimentary Basins which includes- The Anambra, Bida, Dahomey, Gongola/Yola and the Sokota Basins alongside the Middle/Lower Benue Trough.’’

The attacks of the Niger Delta militants in the south of Nigeria reduced oil production and partially caused the country’s recession. Following this President Muhammadu Buhari two months ago directed the NNPC to escalate search for oil in the north-east. The administration started the long-term planned exploration of crude oil in the north-eastern part of Nigeria which will reduce the pressure on the Niger Delta region. In a related development the Chief of Naval Staff Vice Admiral Ibok-Ete Ibas said the Nigerian Navy had commenced deployment of its personnel to the Lake Chad Basin Naval post to protect Nigeria’s territorial interest on the Lake bordering Nigeria and countries in the Sahel region commenced last month.