No One Person Can Solve Nigeria’s Problems – Jonathan 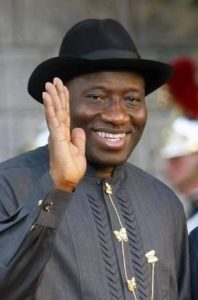 Despite myriads of opinions on how to bail Nigeria out of its numerous problems, the immediate past President, Dr. Goodluck Jonathan, has said, “no one person can do it. Dr. Jonathan made this known through the former Secretary to the Federal Government, Senator Anyim Pius Anyim, at the 5th Memorial Lecture of late Professor Celestine O. E. Onwuliri, at Nnarambia Mbaise.

Jonathan
‘’People have said a lot of things about the problems of Nigeria. There is no point joining issues with anybody, but all I can say is that no one person can solve the nation’s problems,” Dr. Jonathan said.

In his speech, the former Imo State Governor, Chief Ikedi Ohakim, lamented that the fellow who flew the ill-fated Dana Airline that claimed the life of Professor Celestine Onwuliri and other Nigerians, was not certified as a pilot.