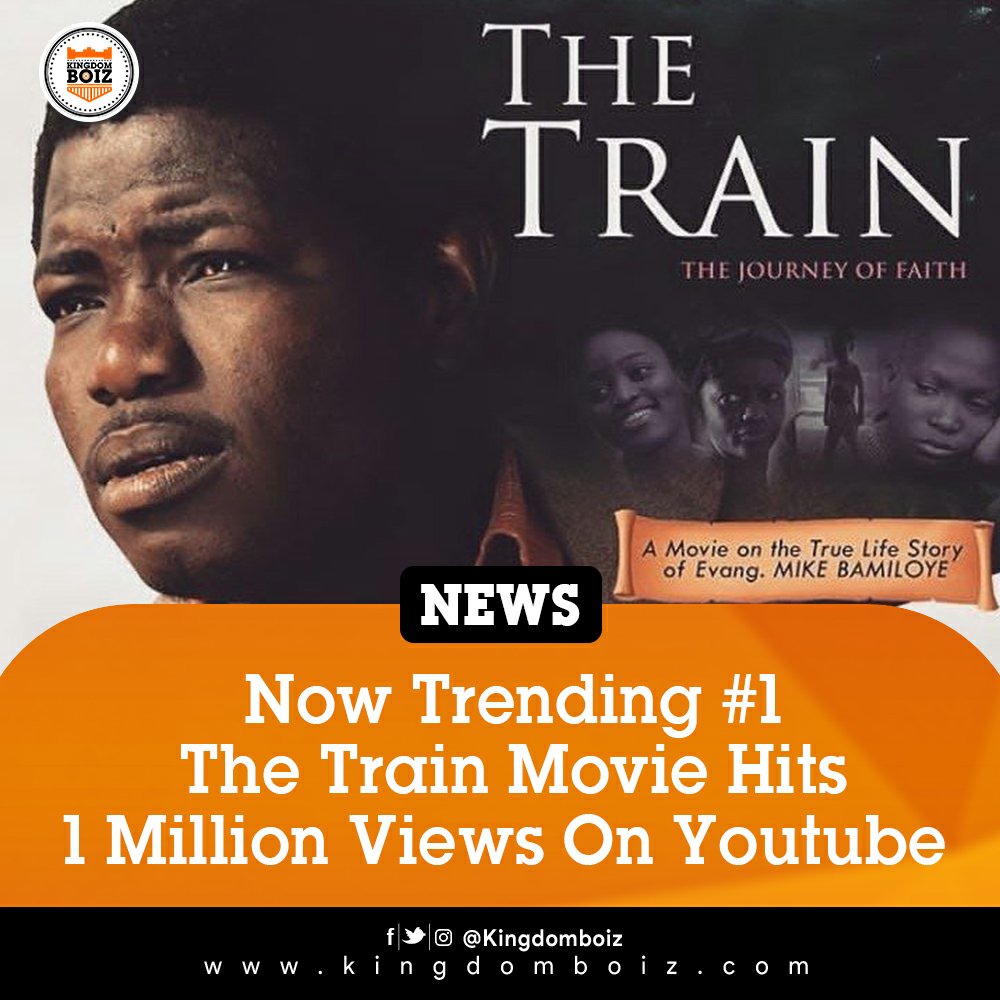 In the season of the gospel breaking record worldwide, a Christian film has joined the list .

THE TRAIN (a journey of faith), a movie based on the true life story of Mike Bamiloye has hit 1 million views in just 15 days making it the first Christian based movie to break such record on Youtube Nigeria trending chart.

The news was proudly announced by Mike Bamiloye via his Instagram account. The movie already has numerous views, over 27k likes on YouTube excluding thousands of free downloads nationwide.