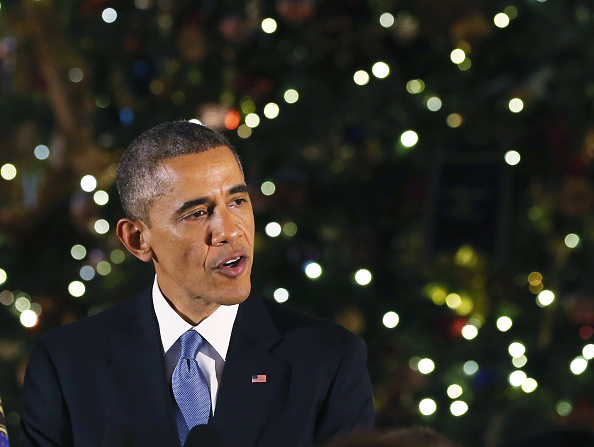 Barack Obama made his first major appearance since leaving the White House three months ago on Monday. Speaking at the University of Chicago where he was hosted to an event, he avoided criticizing his successor, disappointing anyone who was hoping for a clash between the ex-president and President Donald Trump. The highly anticipated appearance happened just days after Trump marked his 100 days in office.

In a nearly 90-minute forum, Obama laid out lessons he learned as a young community organizer in Chicago decades ago and vowed to help bring up the next generation of leaders.

Obama, 55, reflected on the fact that when he came to Chicago more than 30 years ago as a 25-year-old, he was filled with idealism and absolute certainty that somehow he was going to change the world. He later joked that the famous line from his speech at theDemocratic National Convention in 2004:

there are not red states or blue states, but that there is rather one united country was an aspirational comment”.

Trump, a Republican, has said he “inherited a mess” and accused Obama in March, without providing evidence, of wiretapping his 2016 presidential campaign. Obama has denied the charge and FBI Director James Comey told a congressional hearing he had seen no evidence to support the allegation.

Obama said it had long been his goal to bridge the country’s deep political divide, he said:

It’s harder and harder to find common ground because of the money in politics. Special interests dominate the debates in Washington in ways that don’t match up with what the broad majority of Americans feel,”.

On Sunday, as part of a program to help at-risk young people, Obama met privately with men from Chicago’s troubled South Side to discuss solutions for the violence and joblessness that have marked that neighbourhood.

The Obamas are also busy working on their memoirs after landing a deal with Penguin Random House worth $65 million. The couple plans to live in Washington until their younger daughter, Sasha, graduates high school in 2019. Obama is also slated to appear withGerman Chancellor Angela Merkel in Berlin in May and is due to accept an award in Boston prior to that.