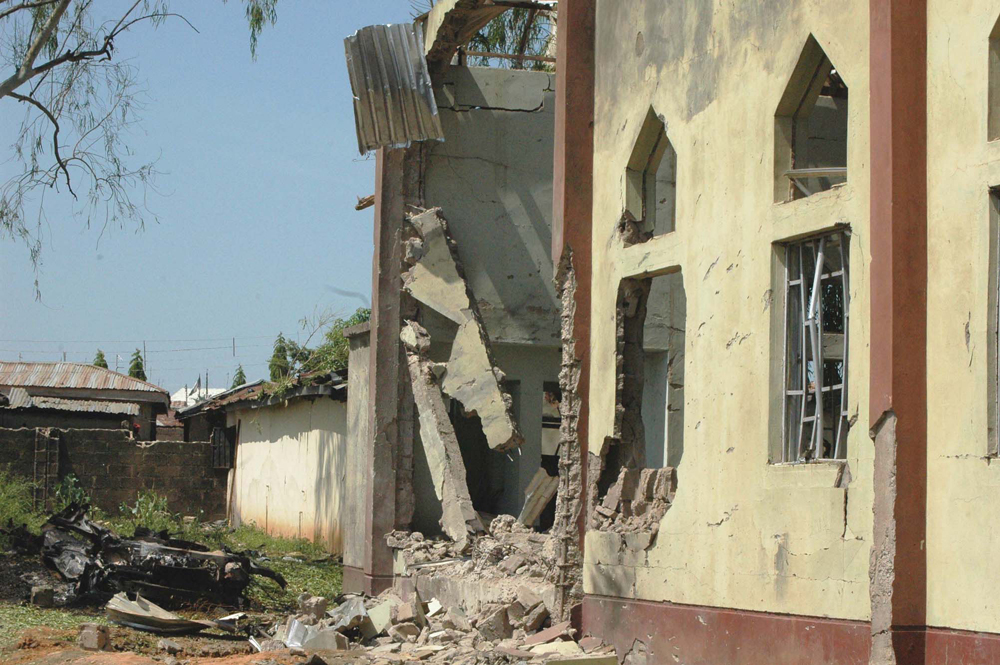 Not less than 15 young men, invaded a church
located in Ungwan Boro area of Kaduna city, at
the weekend, beat up the pastors and
destroyed parts of the church buildings,
including windows.

Although, Kaduna State Police Command did
not say why the youths were aggrieved, it said
the suspects were youths who usually go to
swim at a dam near the churches.

According to the Police Spokesman, DSP
Zubairu Abubakar, one Akim Samuel has been
arrested in connection with the attack on the
pastors and destruction of the churches. A
statement issued yesterday by DSP Abubakar
added that police have intensified efforts to arrest the fleeing suspects in order to bring
them to justice.

“On April 1, 2016, at about 19.30 hours, Pastor
Yusuf Joseph and Mrs. Juliana Adebayo of Cher
ubim & Seraphim Holy Michael, and Agbara Oke
Church of Ugwan Boro, reported at the Sabo
Tasha Police Station that on the same date,
some unknown youth, numbering about 15, who normally come to swim at Firoro Dam,
stumbled on their churches, beat them up,
destroyed the glasses of the window and
destroyed some parts of church buildings.

“The scene of the crime was visited by the DPO
for on the spot assessment. One Akim Samuel
of ECWA Good News church, Ungwan Boro
was arrested.

“Preliminary investigation reveals that the
perpetrators are Christian youths. However,
efforts have been intensified to arrest the
fleeing suspects for full scale investigation and
prosecution.