Opinion: “10 Categories Of People That Will Regret Their Lives If MMM Crashes 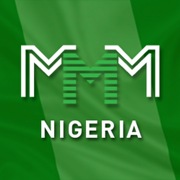 quote] [i] The Mavrodi Mondial Moneybox, also know as MMM, is a mutual fund scheme that has been driving a lot of Nigerians crazy due to the quagmire state of the nation.

However, everyone invests in it for purpose of receiving 30% profit after 30 days without knowing that the devil sometimes gives you a shoe with the left hand and collects your leg with the right hand.

Though, many believe that it’s fallacy to think that MMM will crash, but what if it does?; the following categories of people will regret their lives.

Many will agree with me that an average Nigerian wants to reap where he/she did not sow. The awoofians are usually attending parties they are not invited and will be gulping beer and feeding like there’s famine in Nigeria. Some will even go as far as selling their family houses just to invest into it and by the time things goes as unplanned, they will start their lives from square one.

2. Those who resigned their jobs

It’s funny people resign their jobs just because they see this scheme as a blessing in disguise and a less strenuous way of becoming rich. These people will definitely end up in deep regret when MMM messes them up and can’t later find jobs

3. Those who invest their lives savings

When taking risk, it very wisdom on the part of a person to invest what he can afford to lose but many people seem to have been exceeding their boundary these days. If they end up losing their life savings, they will have HBP and will relegate to 6 feet with immediate effect.

4. Those who marry without Jobs

Recently, men who are financially handicapped are beginning to get married with the notion that MMM will be their source of livelihood without the fear of unforeseen circumstances. As funny as it sounds, some will save up money for wedding and will invest it into MMM so that they can afford to buy adult cows, pay bride price, rent halls and canopies for their wedding.

5. Those who longer want to work

I overhead a man yesterday talking to his neighbour that, with MMM, he no longer needs a job and I began to shake my head at his ignorance. These kind of people will end up biting their finger when things turn soar.

6. Those who were Sacked from Work

Some people who were sacked from work will plunder their payment in lieu of notice into MMM so that their landlords will not send them packing. This is very risky thing to do considering the fact that you will both lose in two ways when the unexpected happens.

7. Those who sell their Properties

I have a neighbour who who recently sold his father’s inheritance and plough the money into this scheme so that, at the end of the month, he would be able to buy a plot of land at Mowe and also buy himself a car. I sometimes feel sorry for him because I still don’t know where he will start his life from if he loses

I pity some bankers who usually invest as much as N10m out of customers’ savings just to get a profit of N3m in return. We recently heard the story of a bank manager who committed suicide due to debt.

9. Those who want to celebrate Christmas elaborately

Now that Christmas is around the corner, many will invest the little they have before November 25th, so that they can cash out before December 25th and celebrate with their loved ones. When MMM crashes before that time, they will become wailers and start blaming Buhari for their misfortunes.

10. Those whose Girlfriends dumped them for being Poor

Just because a lady dumped you for being poor, you ventured into MMM just to buy a car and make her jealous. I want you to know that you may end up in deep regrets if MMM could later not fetch you money to buy a bicycle let alone an Okada

Solely Written by: Tosyne2much
Add us b