Over 170,000 Hear the Gospel at Franklin Graham’s 3-Day Myanmar Festival 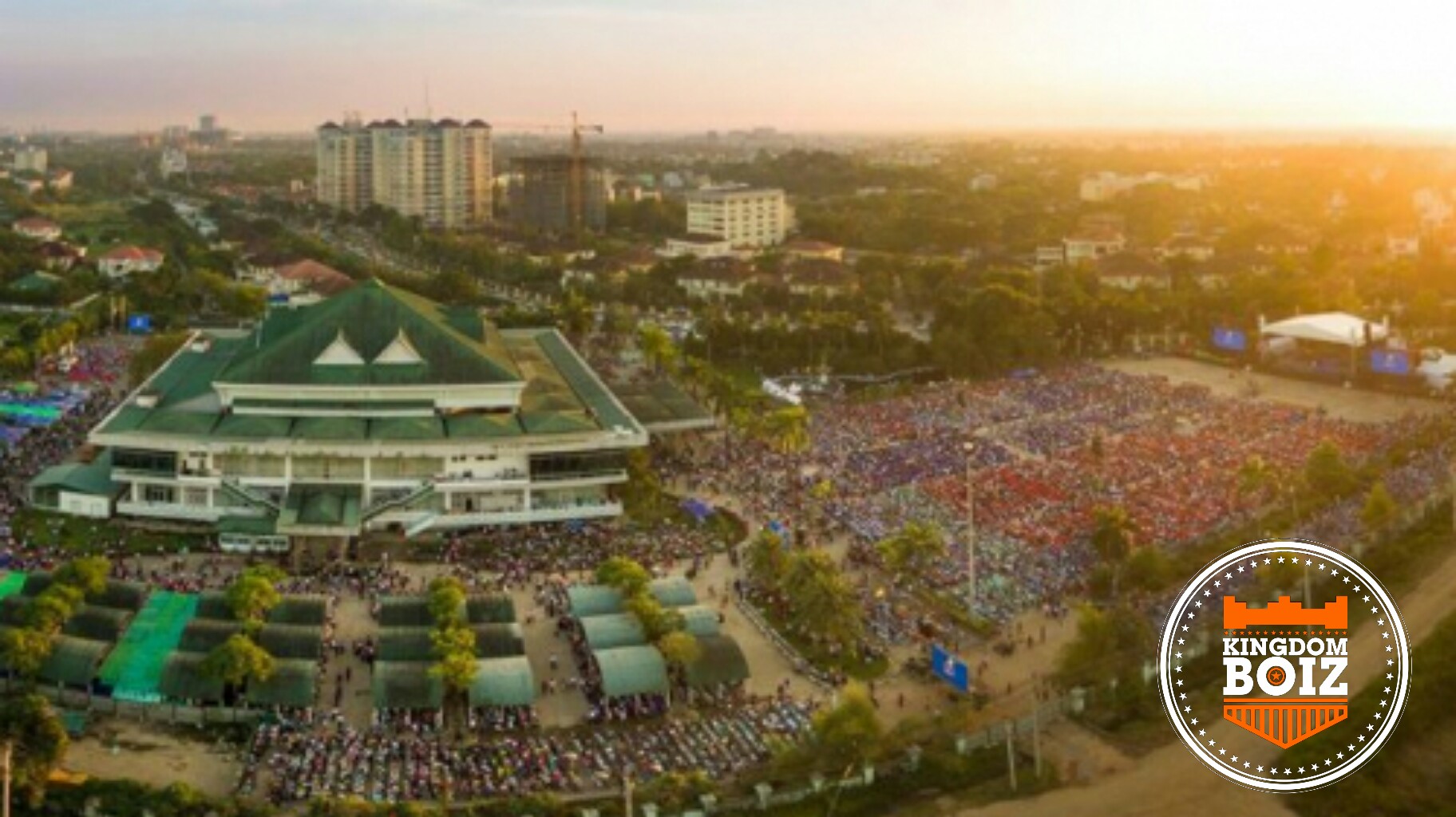 The Billy Graham Evangelist Association reports that people turned out by the masses for each of the three nights of the event in the Buddhist-majority nation.

Additionally, the organization says 7,600 individuals made decisions for Christ over the course of the three-night worship event, which over 440 local churches participated in.

On Friday night, Graham preached about how one can find forgiveness in Jesus Christ and that He died to save men from their sins. As many as 46,000 people attended the revival rally on Friday and 2,500 responded to Graham’s invitation to come forward and accept Christ.

According to BGEA, Graham’s message struck a chord with a 33-year-old man who was simply driving past the convention center where the event was held when he heard Graham’s voice and decided to go in and listen.

“I am a very sinful man,” the man toldBGEA. “But the pastor [Graham] said that when I prayed, my sins were forgiven. I feel free, like a burden has been released from my shoulders.”

On Saturday night, at least 52,000 people attended the event. Graham wrote on his Facebook page that on Saturday, he told of Jesus’ Parable of the Prodigal Son who left his father’s home.

“Later he realized what he was missing and decided to return home, not knowing if his father would accept him,” Graham wrote. “The loving father celebrated his return and forgave him on the spot! This is a wonderful picture of our Heavenly Father loving and welcoming us when we turn to Him in repentance.”

“I am so thankful that thousands of men, women, and young people in Myanmar have responded to the invitation to ‘come home’ and trust Jesus Christ as the Lord and Savior of their lives,” Graham added. “I thank God for working and give Him the glory. We know there was great celebrating in Heaven over each one!”

As many as 2,400 people made decisions to accept Christ in their hearts on Saturday, one of whom was a 20-year-old woman who had doubts about whether or not she was actually saved. But according to BGEA, she told her spiritual counselor at the event that her doubts were pushed aside after hearing Graham’s message. She said that she now knows that she really does have true hope in Christ.

Sunday night had the largest turnout, as 71,000 people attended the event that night, with about 2,700 making decisions for Christ.

“Many of you here tonight are going through your life blindly,” Graham told the audience on Sunday. “And if you don’t change the direction of your life tonight, your life could be destroyed. But tonight you have a chance to come to Jesus Christ. He will cleanse your heart. He will guide you and direct you. And if you’re willing to believe by faith in Jesus Christ tonight, He’ll forgive your sins. You can have a new life and a new beginning.”

The Rev. Dr. Saw Mar Gay Gyi, the festival’s executive chairman, said that the decision count was “more than we expected.”

“The Holy Spirit is really here working and using Franklin,” he told BGEA. “So this is, I think, God’s amazing grace for our people, and we hope that because of this, our country will be blessed richly