Over 70 Ghanaian Immigrants Deported From The US 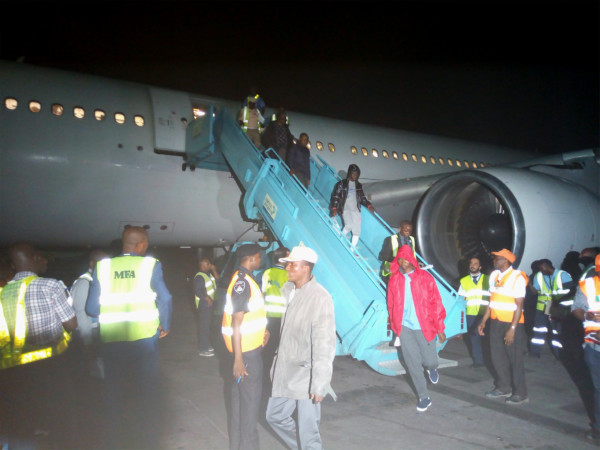 Over 70 Ghanaian immigrants were deported from the United States on Wednesday for overstaying their permits.

The all-male deportees arrived a charteredDelta Airline Flight at Accra’s Kotoka International Airport in handcuffs before they were handed over to local authorities,3News reports.

The actual number of immigrants was not clear, and most of them had no belongings with them.

They were screened by the National Disaster Management Organization (NADMO), the Ghana Immigration Service and the Ghana Police Service and were reported to have been given 100 Ghana Cedis ($23) each after clearance as some of them had no means to contact their families.

Although they admitted going to the US illegally, they claim they handed themselves to authorities on arrival but as refugees.

This is the second mass deportation of Ghanaians from the United States in recent times.