Pastor Chris & His Beautiful Wife Anita Reportedly Back Together 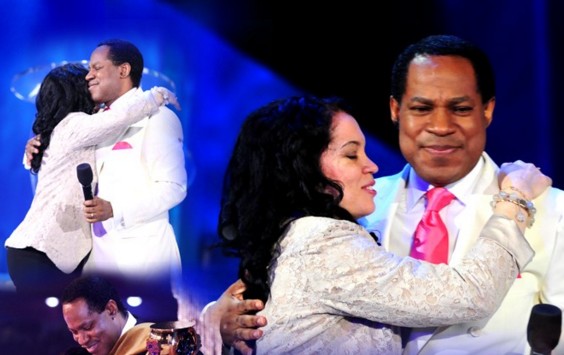 A pretty sensational information is coming out from
sources in Christ Embassy where reports have it
that Pastor Chris Oyakhilome and his beautiful wife,
Anita, who had followed through with her decision
to divorce him, have settled their issues privately
away from the court and her back together.

Pastor Chris had refused to follow his wife to court
and had distanced himself from all the divorce
process. In one of his reactions in the heat of the
issue in the media, Kingdomboiz.com gathered that
he said he was sure that she would realize her
mistakes [it was about roles and positions], and relax.

Latest reports indicates that Pastor Chris and Pastor
Anita are back together.

There is already a sign in the social media that they
have settled their differences. Pastor Chris and Anita
were said to have jointly attended a reunion
service, hugging and holding hands.

Thank You Jesus. Glory!”,
supporting the claim that the popular pastor and
his wife are back.

We hope in the Glory of God that they are truly back together as
a couple, wishing them well!