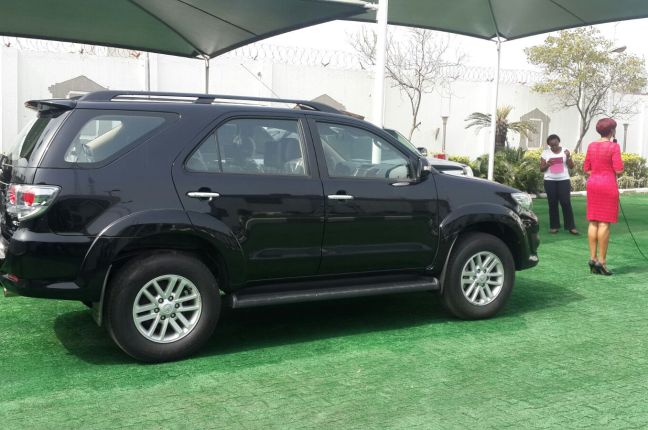 The month of December 2015 has been a
highly remarkable month of notable
victories,triumph & miracles and great
testimonies for musicians and members of the
LMAM. Few weeks after giving ;

The President of the BLW Nation, Rev. Dr. Chris
Oyakhilome PHD, Dsc, D.D has done it again! He
hands over  A 2015 Toyota Fore Runner Jeep
Worth Over 10 Million Naira to Drummer Victor
Ike! What a blessing the Man Of  God has been
to the body of Christ!!!

The Brand New car was presented to Bro.
Victor Ike by the highly esteemed Pastor
Ifeoma Chiemeka (BLW Head Of Administration)
on behalf of the President Reverend Dr. Chris
Oyakhilome D.D, on Thursday 24th Of
December 2015. Bro Victor Ike accompanied by Bro Ehi Moses of the LMAM both thanked
Pastor Chris for changing and giving their lives
a meaning.