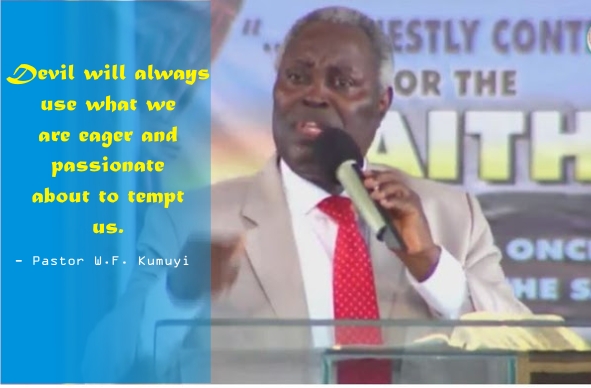 Easter messages: The General Superintendent of the Deeper Life Bible Church, Pastor William Kumuyi, has urged Christians to pray for peace, stability and development of the country.

Kumuyi said this on Sunday at the end of a three-day national Easter Retreat at the Deeper Life Conference Centre, Km 42, along the Lagos-Ibadan Expressway, in Ibafo, Ogun entitled: “Conquering with the Crucified King.’’

He called on Nigerians to show more love to one another and leave in peace irrespective of religious, tribal and political differences. “We should live at peace with one another; if there is no peace, there is not much we can achieve as a nation.

“Every section of the society should embrace peace so that the nation can move forward; and with our faith in the Lord, things will turn around and change for the better,’’ he said.

The cleric also advised people not to commit suicide saying that was not the way out of the present economic hardship the country is currently facing.

“We should not give up, we should not lose hope. People who are taking their lives don’t need to do that because there will always be light at the end of the tunnel. “When someone had taken his or her life before the light breaks, how would he or she enjoy what the Lord is going to do for the nation?

“I want to encourage everyone to have hope in the Lord because things are going to turn around positively,’’ he said.

Kumuyi assured Christians and Nigerians at large that the present economic recession and security challenges facing the country will soon be a thing of the past.