Pastor Mike: My Life Is In Danger, Husband Of Igbo Woman Killed In Kano Cries Out 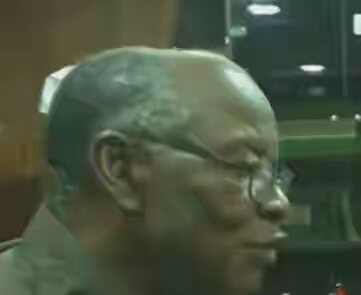 ENUGU—Pastor Mike Agbahime, husband of Bridget Agbahime, the Igbo woman who was killed in Kano by suspected Islamic youths, has cried out that his life is now in danger, following an allegation that the killers of his wife are now after his life so as to cover the matter from further prosecution.

Mike Agbahime
The suspected killers of Bridget Agbahime led by one Dauda were recently set free by a Kano State magistrate court.

Pastor Agbahime in a press conference organized by an Igbo group, Eastern Consultative Assembly, ECA, in Enugu yesterday, alleged that the plot to kill him was because he is a principal witness to the murder. He was present at the scene of the murder and knows the suspects one on one.

Agbahime said: “After the burial of my wife in Imo state, I went back to Kano and I was told they want to kill me since I was the principal witness. I confirmed the plot before I left Kano.

“I want justice done in the matter. They killed my wife in my presence, yet the court presumed them innocent. The south east governors, the Senators, and interest groups should rise up to get the culprits re-arrested and tried.

“I know Dauda and all those that killed my wife but now, they are telling me they are not guilty. Based on what law did they pronounce him innocent?

“The suspects confessed and Dauda mentioned those that participated in the killing but up till now, they have not been arrested since police has finished investigation.

“On that day, the group of boys chanting Alla kubahu overtook that shopping plaza, climbed upstairs, pulled down the iron with which they killed my wife.”

Secretary of the Eastern Consultative Forum, Elliot Ukoh warned that it was the failure of successive governments in matters as that of Bridget that brought about agitation for self determination in Eastern Nigeria.

“Failure to bring the suspects to book justifies IPOB. It is one the reasons there is agitation for Biafra,” said Ukoh