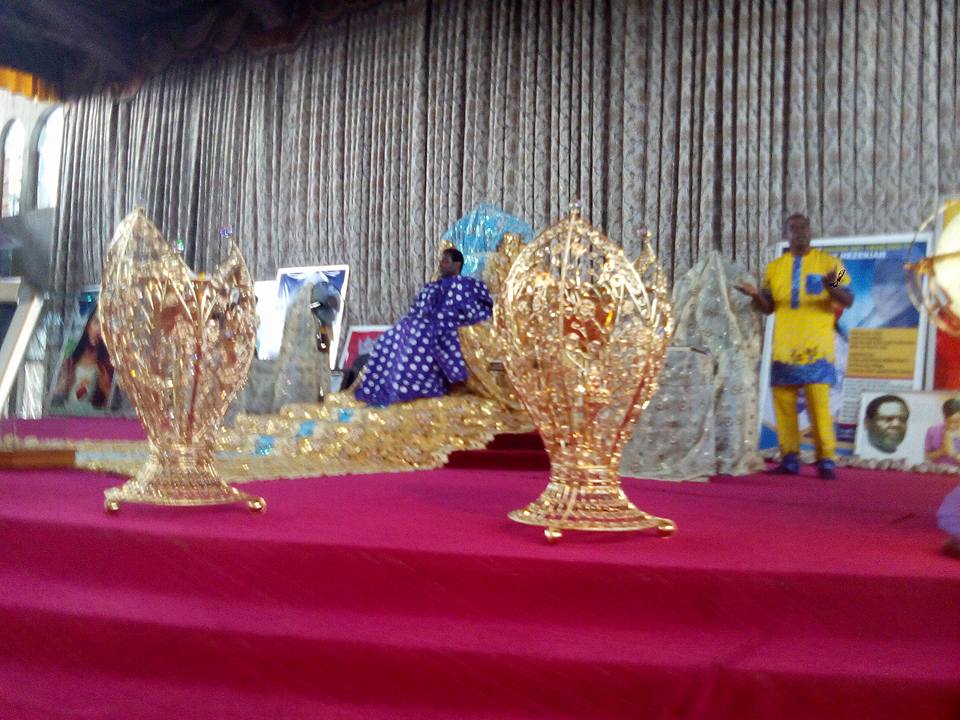 Rev. Daddy Hezekiah, the founder and General overseer of Living Christ Mission incorporated, has revealed that he had to suspend some of his church members for watching Emmanuel Television channel, owned by pastor T. B Joshua, founder of Synagogue of All Nations church, Lagos .

According to the journalist (Chidiebube Okeoma) who shared this, the pastor said that he does not like the style of the tele evangelist which prompted him in barring his members from matching any of his programs on television. See more details below; 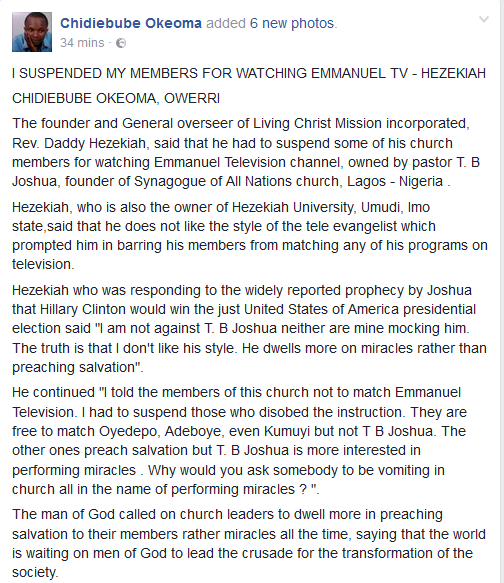 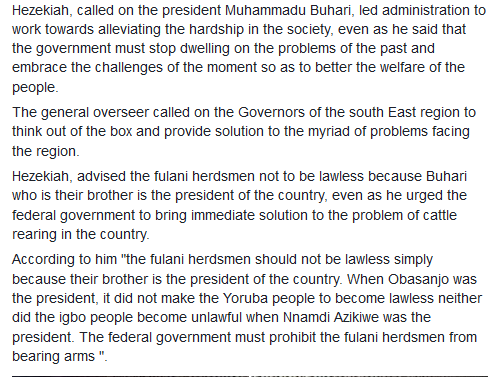