Pastor Who Was Declared Dead, Embalmed And Taken To The Mortuary Wakes Up 3 Days Later 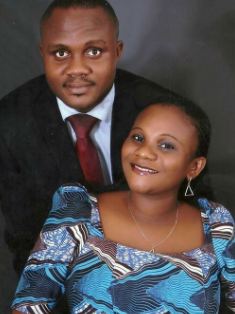 According to reports on Facebook, A Salvation Ministries pastor, Wokoma David who was declared dead on Monday and taken to the mortuary, woke up three days later when his wife and some pastors went there to pray. Is that so? Maybe it’s the doctor’s fault who thought he was dead when he was just in a coma … is that not a more reasonable explanation? Only Jesus could have died and risen in 3 days…no? Fabu o! But anyway, read their story below…

DEAD MAN JACK BACK TO LIFE

Wokoma David is a pastor in salvation ministries and also the presiding pastor of igwuruta satellite church….

One of the mortuary attendant made a silly statement

The wife of the pastor responded immediately

“My husband is not dead but sleeping” 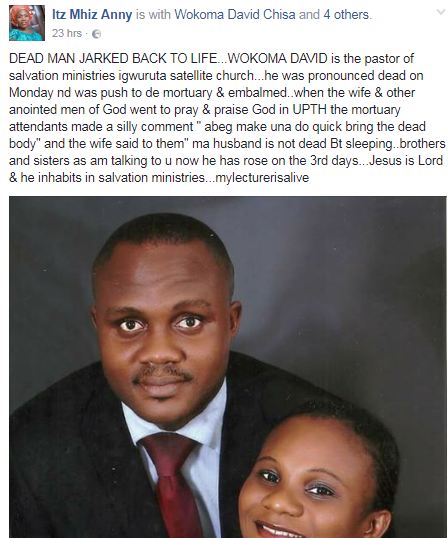 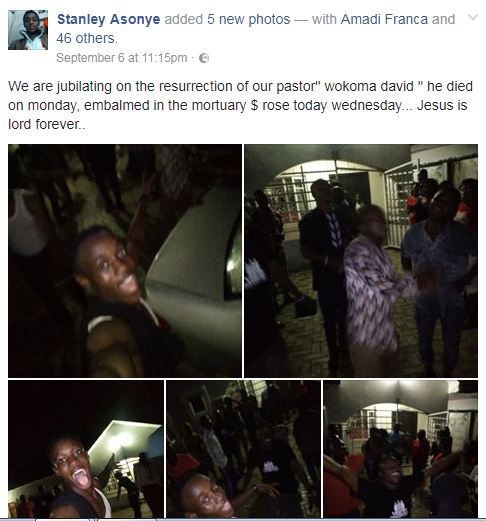