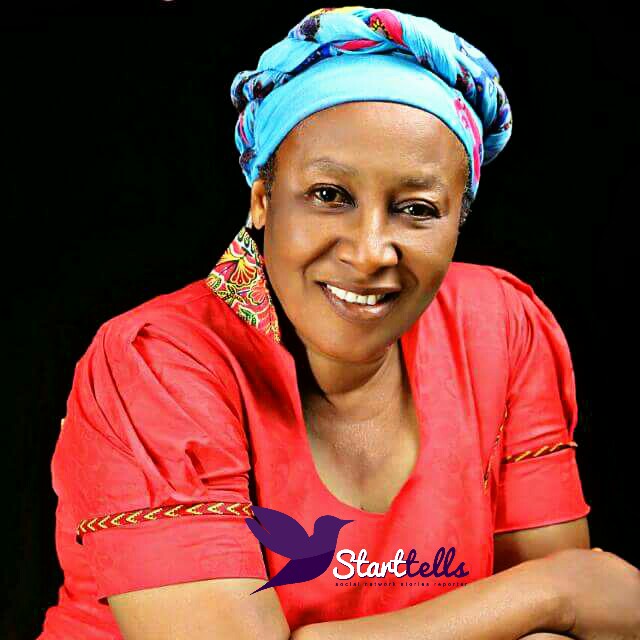 Veteran Nollywood Star, Patience Ozokwor
aka Mama, Susu, famously known for her
‘Wicked Mother-In-Law’ roles in movies is now
a born again christian, who now goes about,
preaching in various churches and crusades.

Starttells caught up with her at a crusade
organised by St. Marks Anglican Church in
Eziobodo Village of Imo State, where she
shared her Salvation Experience.

Here is what she had to say;

According to her, she normally organises a
personal retreat for herself in the first few days
of the new year, when it was time to have her
2016 retreat, she heard the voice of the Holy
Spirit telling her to fast for 21 days, she
complained that she have so many projects to handle, Endorsements and movies to shoot
within that period, and the Lord extended it to
a 30 days fast due to her complaints.

During this fasting period, The Lord revealed to
her, how she will be a voice for him all over the
world, how people’s attention will be
channeled from her image on Nollywood to
The Gospel.

She said one of the things God warned her on,
was her dressing and appearance.
She said that Putting on Makeup, wearing
Jewelry and putting on Trouser as a Lady is
wrong, she said that she has been preaching
to colleagues in Nollywood, but God told her to put off her Dreads, to stop wearing
Jewelries and Trousers, that she could have
gone to Hell, if she died December 31, 2015
despite the preaching she’s been doing, just
because of her appearance.

She asked the Holy Spirit to prove to her, give
strong reasons, why that was a Sin, and Spirit
of God replied that she should browse about it,
that Testimonies of personal revelations God
gave to people are all over the internet, and all
of them are saying virtually the same thing, that she should find those informations to help
her life.

She made mention of her Social Class, how the
creme de la creame of the society, will attend
her funeral and how such event won’t be a
reflection of the position of her soul.

She subsequently got to the internet and read
testimonies of God’s encounter with people,
she read about an Igbo Woman God
encountered, and a Woman called Margaret
from Edo State, who could have gone to Hell
for hating her Husband. She said that people in Church is making God
cry, due to their dressing, their loose life and
conduct.
After that encounter, she gave herself to spirit
filled pastors for follow-up.

She further outlined what makes God weep,
from Galatians 5: 16-20.
She also took time to explain how a parent-
children relationship ought to be.

On this, she said that some of the terrible
things children do, is a mirror of what their
parents do. She went on to cite an example of
a Pastor’s wife, buying short dress for her
daughter, but will still come to the church and
condemn such dressing. When asked about her Nollywood life,
Patience Ozokwor narrated that the Holy Spirit
has not specifically directed her to quit or to
not.

She said that she has not shot any movie since
that encounter in January, that she used to get an average of 1.5 Million Naira weekly, but that
God has miraculously been providing her daily
bread.

She warned that it will be harder for colleagues
in the movie industry, with permanent tattoos
and eyebrows when they eventually encounter Christ.

She also said that she should stop being
referred to as Mama G, as that name was for
when she was in the world.

We went further to ask about her immediate
family reactions to her new found faith, to
which she answered that her daughter was
upset with her, telling her that spirituality is a
thing of the heart, and it doesn’t need to affect
her dress code. Patience Ozokwor replied her daughter that she should be left alone with her
Jesus. The brother also thought that she was
mad, on hearing the news, and had to call her
to confirm that she is mentally sound.

She also said that she is happy her Son who
plays football in Europe is now born again. Among other things she pointed was her
Anglican Church and SU History, How Christian
Association of Nigeria gave her a bible and
many other things.

She also talked about a Muslim leader, who
said they have Nigeria in their hands, Fulani Herdsmen, and their deadly strategies. She
cited example with Turkey (Istanbul) a
Christian turned Muslim country.

She also said that Islam is ready to take over
the world, but our problem is that Christians
can easily lose their faith for money. A look at Mummy Patience will tell you that
really, something has happened.