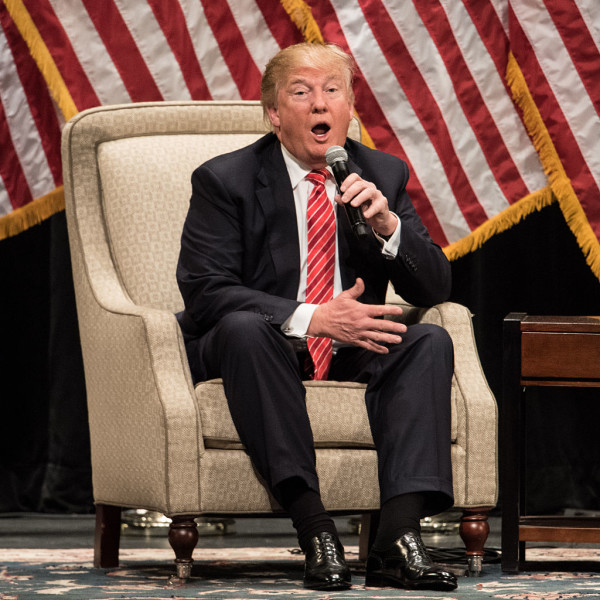 U.S. president-elect, Donald Trump has said that people are already “pouring into Washington in record numbers” for his inauguration scheduled for Friday, January 2o 2017.

According to a new CNN/ORC Poll, Trump’s approval rating as he heads for the Oval Office is 40%, the lowest of any recent president and 44 points below that of President Barack Obama, the 44th president.

Almost 50 Democratic Congress members have announced their boycott of the inauguration after civil rights icon John Lewisannounced his, saying he did not regard Trump as a legitimate president.

Several groups, including celebrities and civil rights organisations, are also mobilising to “shut down” Washington DC to protest some of Trump’s planned controversial policies and rhetoric during the campaigns and after winning the election.

A survey also projected Trump’s inauguration to be attended by about 800,000 people compared with President Barack Obama’s record of almost two million people.

“People are pouring into Washington in record numbers,” tweeted Trump.

“Bikers for Trump are on their way. It will be a great Thursday, Friday and Saturday!”

“The same people who did the phoney election polls, and were so wrong, are now doing approval rating polls. They are rigged just like before,” Trump tweeted.

He said his inauguration was not the first Lewis would boycott, recalling that he also missed that of former President George W. Bush.

The President-elect also accused the media of getting the survey and analysis wrong, recalling how their analyses and polls against his election failed.

“‘How Trump Won–And How The Media Missed It’” Trump tweeted, and then quoted a Breitbart story: “How Media covered Trump – without listening to him or his voters”.

The President-in-waiting also announced that he was already bringing jobs to the U.S. even before being sworn-in as president.

“With all of the jobs I am bringing back into the U.S. (even before taking office), with all of the new auto plants coming back into our country and with the massive cost reductions I have negotiated on military purchases and more, I believe the people are seeing ‘big stuff.

“Thank you to General Motors and Walmartfor starting the big jobs push back into the U.S.!” Trump tweeted.