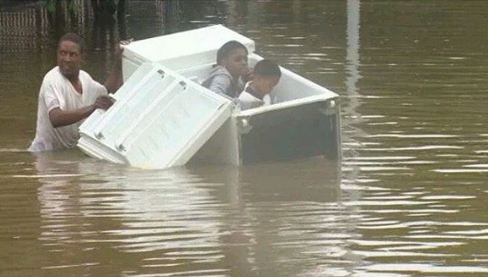 A photo of a dad who tried saving his family after they were hit by Storm Harvey by putting them in a refrigerator in order to stay afloat has gone viral.

The city of Houston was hit with a 30in of rain (75cm) in the wake of Hurricane Harvey over the weekend, causing roads to turn to rivers. The area is said to have received a year’s rainfall within a week.