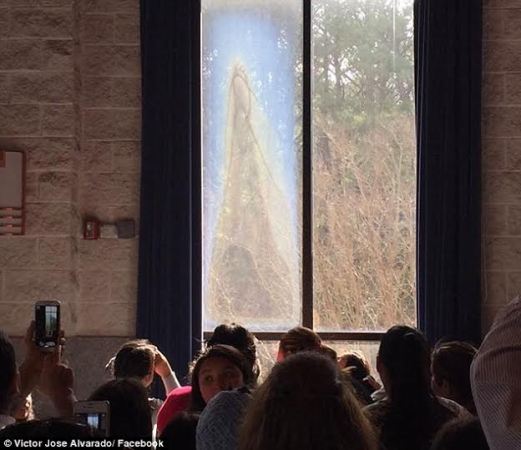 Crowds of worshippers are surging to the
Transfiguration Catholic Church in Marietta,
Georgia, and it’s not as a result of the priest’s
sermon. It’s thanks to what the pastor describes as
a ‘divine occurrence’ after an image of the virgin
Mary appeared on the church’s window. Visitors have left flowers beneath the window and built a
makeshift altar. 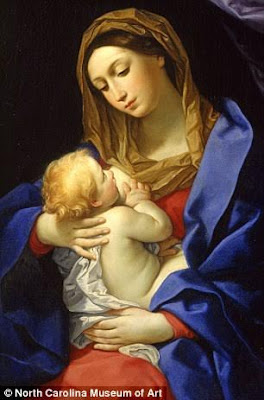 Responding to allegations that the ‘divine
occurrence’ may have more mortal origins, the
church’s pastor Father Bernardo Molina says he did
not create the image himself.

‘There are a lot of people that may think it’s a stain
or condensation. They ask if I drew it,’ he said.
‘No, no, no. There’s no way you can do that,’ he
added.

Father Molina said the unusual mark appeared on
the window on December 12 and can be seen on
most sunny days.

One woman who was among the throngs queuing
up to see the ‘miracle’ was in tears as she prayed to
the silhouette.
‘Believe, believe and have faith,’ was her message.

In a Facebook post to the church’s followers,
Father Molina said he was not sure how the image
appeared.

He said: ‘Many parishioners and other visitors claim
it to be an image of the Virgin Mary.
I have heard several explanations ranging from a
divine occurrence to a faulty window coating. I will
let you make your own interpretation.
‘We may never agree on why or how this image appeared on the window.