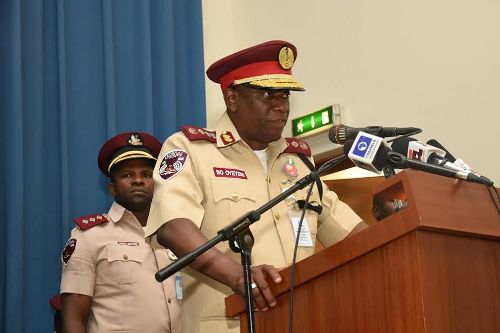 The Federal Government has granted officials of the Federal Road Safety Commission FRSC, the authority to carry arms while on duty. Corps Marshal and Chief Executive of FRSC, Boboye Oyeyemi, disclosed this while speaking at the end of the year management strategy session for the parastatal in Abuja this weekend.

According to Oyeyemi, the need for the officers to bear arms arose from the increased number of violent attacks and killing of some of its operatives while on duty. According to Oyeyemi,  over 70 of its personnel have been killed in 2016 alone as a result of violent attacks by angry motorists. Oyeyemi said the FRSC Establishment Act gives power to the corps to bear arms and that the Federal Government had earlier approved that, with about 5,000 personnel already undergoing training on firearms. 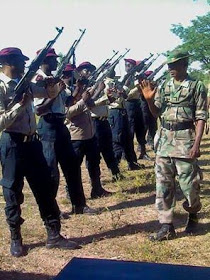 “The Act gives power to the Corps to bear arms and 5,000 of our personnel have been trained. We are just waiting for the validation of the earlier approval. Sadly, within the one year, we have lost 70 personnel. It is sad to note that some killing and maiming of operatives, including one from a sister agency in close collaboration with the Corps were in the course of official duties. A recent occurrence was the happening in Talata Mafara, Zamfara State where a motorist ran into the Mobile Court in session, killing three operatives almost instantly while a Civil Defence operative died later as a result of injuries sustained in the dastardly act”he said