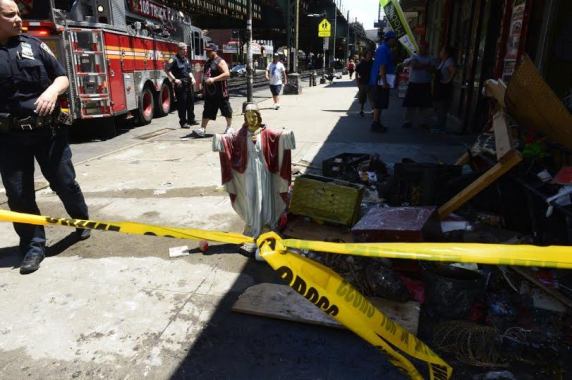 A ‘Jesus’ statue in a religious shop located in
Brooklyn, New York didn’t get burnt as fire, which
broke out on Broadway near Belvidere St. in
Bushwick at 12:28 p.m., left the shop seriously
damaged with a pile of charred debris on the
sidewalk, according to witnesses. 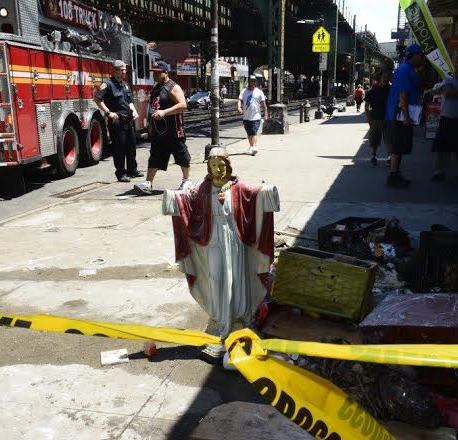 Quick-moving firefighters swept into the fire and
pulled out a 4-foot statue of Jesus basically
unscathed.

“God is good. He was here today,” said Evelyn
Arroyo, 56, who works in the shop. “Everything in
here is material, but your life is more important. It
could have been worse.”

“We were cleaning the floors, and I went out for a
few minutes, and then there was smoke, and then
fire broke out,” she said. “It happened so quick.”

“Thank God someone came in,” Arroyo said. “She
didn’t realize there was smoke. She was in shock.”

Arroyo said she’s grateful for the actions of the
firefighters. “I pray for them and their families,”
she said. 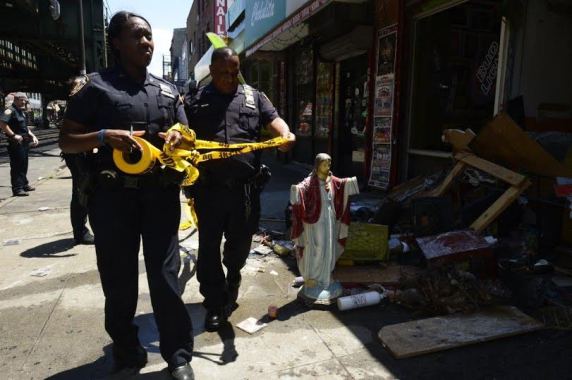 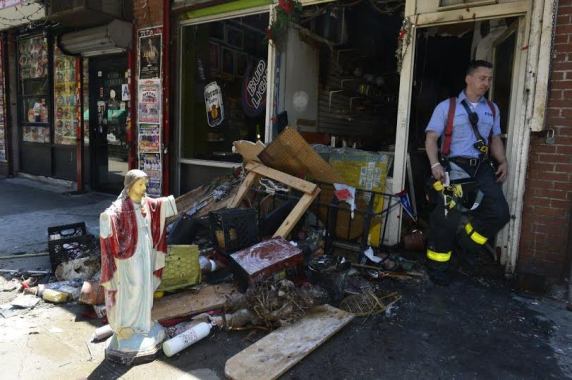