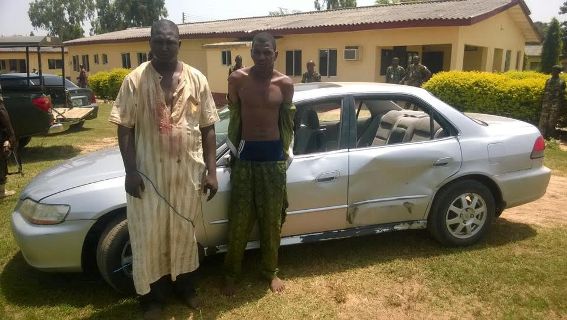 Troops of 1 Division Nigerian Army stationed in Anchau, Kubau Local Government Area of kaduna State, on Wednesday, October 5th, arrested 2 kidnappers in the process of collecting ransom from a kidnap victim’s family in the area. 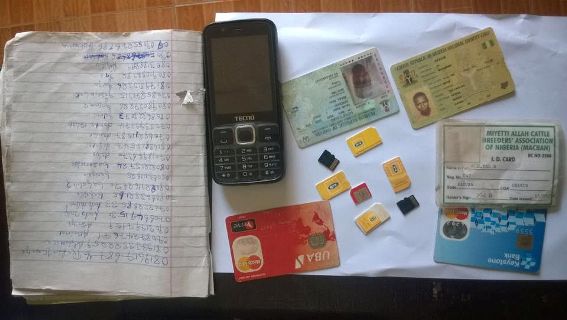 The arrest followed a tip off by well meaning Nigerians that the kidnappers had arrived Dutsen Wai for ransom collection from their hapless victim’s family. On receipt of information, the troops swung into action in an unmarked car and trailed them to the rendezvous for the collection.

The kidnappers that that were believed to be operating along Kaduna-Abuja road, however fled towards Zaria in a Honda car with registration number AJ 183 ABJ AJ 183 ABJ when they realized that they were being trailed.

Consequently, the pursuing troops alerted the police stationed in Soba. In the process fleeing, the kidnappers overran the police checkpoints at Soba and Maigana and proceeded to Zaria where they were finally apprehended.