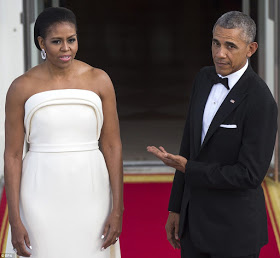 President Obama hosted Singapore’s Prime
Minister Lee Hsien Loong and his wife, Ho Ching at
the 12th state dinner Tuesday night in
Washington. The black-tie affair – called by the
White House a ‘celebration of summer bounty’ –
marked the 50th anniversary of bilateral relations between the U.S. and the city-state, which Obama
referred to as an anchor for the U.S. presence in
Southeast Asia. More photos after the cut.. 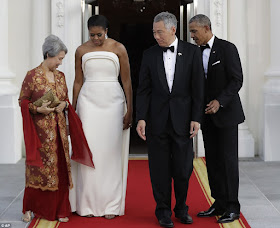 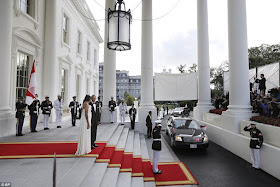 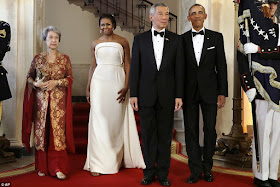 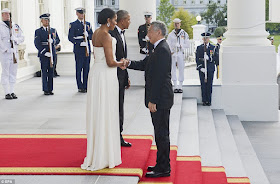 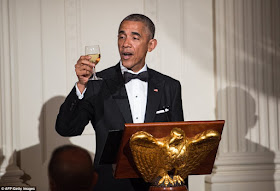 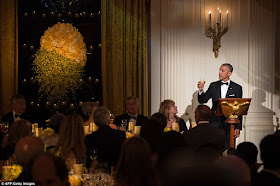 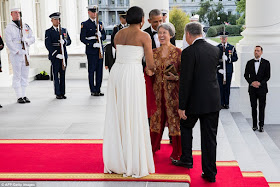 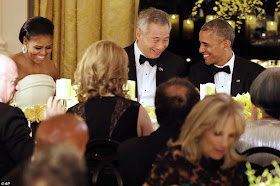 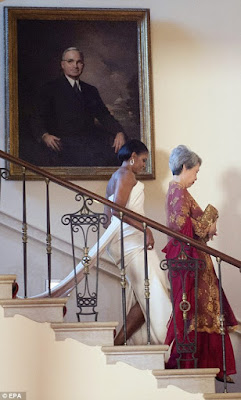