Photos: Nigerian pastor, 10 Others Involved In One Of The Biggest Sham Marriage In The UK Jailed For 50 Years 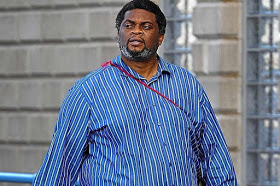 Eleven persons, including Nigerians were involved in one of the biggest sham marriage to be uncovered in West Midlands, UK. They were on October 21, 2016, jailed for a total of 52 and a half years.

A Nigerian pastor and two other men are regarded as the driving forces behind the racket that involved at least 45 fake relationships received the longest sentences. 41-year-old Donald Nwachuckwu, senior pastor at the Kingdom of Godfire Church in Bilston, was jailed for eight years .

He used his position to identify West Africans in the country illegally who were prepared pay up to £6,500 for permission to stay on the bogus grounds of being married to, or in a long term relationship with, a person from the European Union living and working in this country.

An astonishing £153,000 worth of credits passed through bank accounts run by the pastor under a false name before he was arrested at his home in Titford Road, Oldbury.

Nwachukwu and others had joined forces with a Nigerian law student to cash in a valuable asset -a person’s right to stay in the UK and claim benefits. The sham marriage gang was busted in 2013, following a tip of about a dodgy wedding between a 26-year-old Nigerian Edward James and Czech Julie Ondova, 20, who already had a boyfriend and two children but had accepted £800 to play the role of bride at Stoke Register Office with a further £1,000 due on completion of the nuptials. The both pleaded guilty at Stoke-on-Trent Crown Court to facilitating a breach of immigration law. He was sentenced to 20 months imprisonment and deported on July 29, 2014. She was jailed for 16 months and kicked out of the country on completion of her sentence.

Clemence Marijeni, aged 43, from Weston Road, Bilston was the master forger who created the fake documents to support the spurious applications for European Economic Area (EEA) resident’s cards that allowed the holder to stay in the UK and claim benefits. He was jailed for ten years. The graphics expert created fake histories for the West African and person supposed to be their long term lover – mainly Czech or Slovakian and promised up to £1,800 each to take part in the plot which ran from January 2012 to March last year.

False utility bills, rent books, pay slips and employment records backed the bogus claim of a legitimate marriage or lasting relationship. Some included pictures of the pair – who were strangers – side by side in bed, fully clothed or shopping together

Olatunji George, 44, a law student who had completed a module on immigration law administered the operation. He also got 10 years behind bars. He claimed to be paid up to £1,000-a-time to prepare packages of the correct documents and fill in the necessary paperwork for the bogus resident’s card applications.

His home in Taylor Way, Tividale held an ‘Aladdin’s Cave’ of information when raided by Immigration Enforcement investigators who, after a tip off, halted the marriage of a 26-year-old Nigerian and a Czech woman, who both lived in Wolverhampton. She revealed that Nwachuckwu had been involved in organising the bogus wedding. Checks on the pastor revealed phone calls between him, George and Marijeni.

Jozef Puzo, aged 28, St Pauls Road, Smethwick, was jailed for five years. He provided the final piece of the jigsaw by earning up to £750-a-time finding women and men from the zech and Slovakian communities prepared to take part in the scam. Both he and George are now on the run after fleeing during their trial but were convicted and sentenced in their absence.

Photos of other convicts below  … 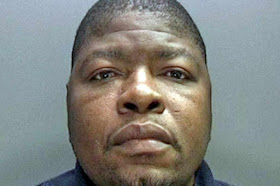 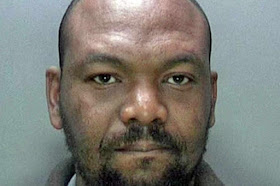 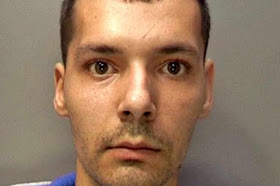