Photos: Nigerian Pastor Arraigned In The UK For £4Million Fraud 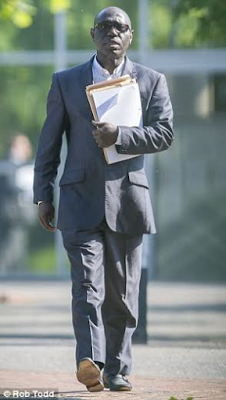 A Nigerian man, Samuel Kayode, who serves as an accountant at Haberdashers’ Aske ’s state schools in the UK, is standing trial at a Woolwich Crown Court in South London for allegedly defrauding the schools to the tune of £4 million. According to DailyMail, the 60 year old father of four who is also a pastor, allegedly spent his loot from the school’s accounts on some private healthcare for his dying first wife Grace in England and then sent some of his loot on his second wife here in Nigeria as well as using some of his loot to buy designer outfits, the court heard two days ago. 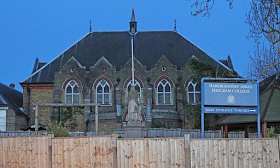 According to the prosecution counsel, Kayode
would arrive late each day to his £57,000 a year
accounts manager job, dressed in expensive Gucci
and Versace clothes. He would work late in his
office, refusing to share details of the schools’
finances with his bosses.  He allegedly obtained £150,000 by theft and £3.95million by fraud.

Kayode was caught when an anonymous whistle
blower phoned a new chief financial officer at the
schools in 2012. When he was arrested, the
suspect had in his garage a new Mercedes, a new
£40,000 Infiniti luxury car, an Audi TT sports car,
at least four properties in Britain and more in Nigeria. He made no comment to ‘each and every’
police question.

Kayode who lives in East London denied the
charges levelled against him.