Photos: Pastor Accused Of Having Sex With Female Member Inside Church’s Praying Room In Zimbabwe 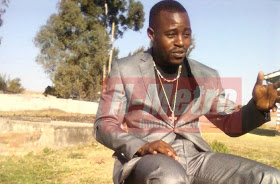 Pastor Joseph, pictured above, of the Holy Fire
Ministries in Waterfalls, Zimbabwe was last Sunday
July 24th dragged before the church’s elders after
one of his female members confessed that the
pastor had sex with her at the Church’s prayer
room. The victim approached the elders after she discovered that her belly was swelling and itching
even though pregnancy tests proved she was not
expecting. 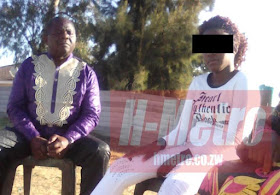 “My tummy is just swelling and I am in pain.
I suspect Pastor Joseph could have
bewitched me after he forced me to have
unprotected sex with him. Pastor Joseph
asked me to see him after church service
sometime in April for prayers but the prayers could not be conducted as he
asked for sexual favours. Since he is single,
I gave in after he promised to marry me and
buy a car for me and from that time he
accommodated me over night. He refused
to use protection claiming that he is a holy man that cannot live with HIV but now I feel
cheated, abused and dumped because he is
no longer answering my calls from the day
I told him about the pregnancy. Results
from the pregnancy tests are negative and
the doctor instructed me to go for a scan and Pastor Joseph promised to meet the
costs but is now playing hide and seek.
What I want from Pastor Joseph is for him
to explain and give me assurances that he
never used charms to me. I also want him
to explain why he is blocking my calls after I told him about my condition. He defiled
the room where prayers are conducted
because this is where he forced me to have
sexual intercourse with him leaving me
with more questions than answers on the
reason for using that prayer room instead of other bedrooms at the house” said the
victim

Pastor Joseph when interrogated, said the victim
was his girlfriend

She is my girlfriend, I know her and she is
beautiful for sure but as for not taking her
calls, it was because I was busy. At one time
my handset was taken by people who are
investigating a certain story concerning me
that I cannot disclose to you. As for more information concerning what she is
claiming, I think it is better for me to meet
the elders privately for a way forward and
that’s what I can say for now,”he said.

One of the church elders identified as Chepa say
investigations is ongoing to find other ladies he
might have abused in the church.

“The woman (victim) approached me with
such allegations and I could not believe
that our pastor was defiling the place of
worship by conducting such evil acts and
our concern is to find the number of ladies
he abused,” Elder Chepa said