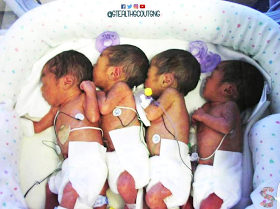 A woman on Thursday, August 4th, delivered a set
of quadruplets, 3 boys and one girl, during the
just concluded 64th Annual Convention of the
Redeemed Christian Church of God held at the
Redemption Camp, Lagos-Ibadan Expressway,
Ogun State.  It was the first time in the history of the convention that a woman would give birth to
quadruplets.

In celebration of their birth, wife of the General
Overseer, Pastor Mrs Folu Adeboye has taken up
full responsibility for the children. She has also
provided a well-furnished two (2) bedroom flat in
one of the estates on the Redemption Camp while
plans are in place to secure a good job for the children’s father.

A total of 67 children were born same Thursday,
40 are boys while 27 are girls. Pastor Enoch
Adeboye describe the birth as unique.

For the first time in the history of our
conventions and our maternity centre, a
woman gave birth to four babies,” he said. 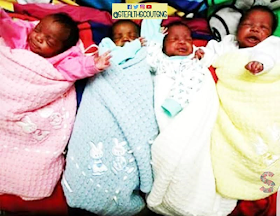 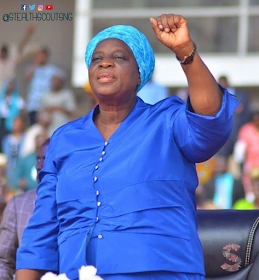