Photos: Pope Francis Trips And Falls Over As He Arrives For Holy Mass At The Jasna Gora Shrine In Poland

Pope Francis fell over as he arrived at the Jasna
Gora shrine in front of millions of people watching
around the world.

The 79-year-old Pontiff who arrived in Poland on
Wednesday and will be touring various religious
and cultural locations, was walking towards the
altar to celebrate a mass at the southern Black
Madonna shrine of Czestochowa to mark the
1,150th anniversary of the Baptism of Poland, when he took a huge tumble and fell. 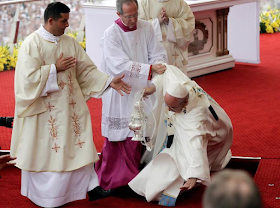 A group of priests quickly helped him back to his
feet just before the mass began.  Despite the fall,
he got back to his feet and continued with the
mass. 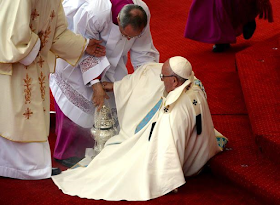 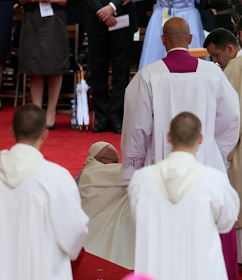 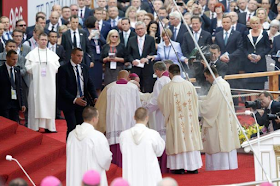 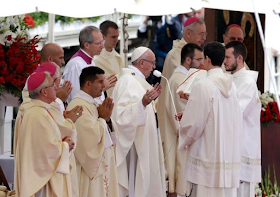 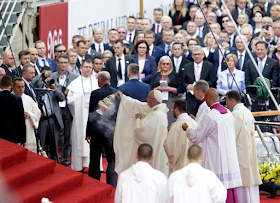 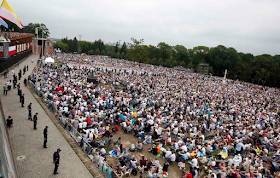