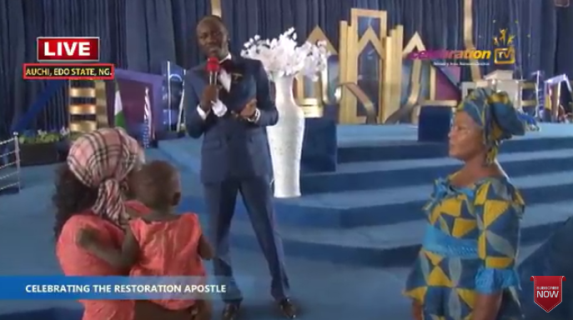 Mother of Stephanie Otobo, the lady who alleged she had an amorous relationship with Apostle Johnson Suleman, visited Omega Fire Ministries headquarters in Edo state to publicly ask for forgiveness from the Apostle this morning. The elderly woman dressed in Ankara, came to the church in company of Stephanie’s elder sister. The mother said she cannot watch her daughter get destroyed by lying against a pastor. 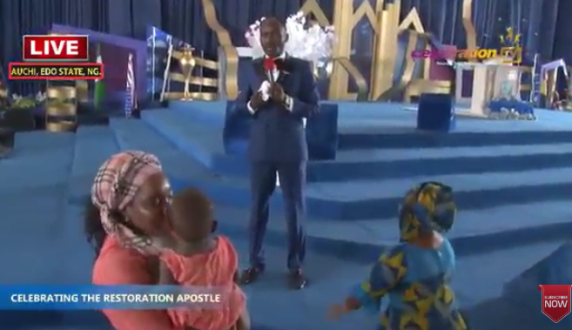 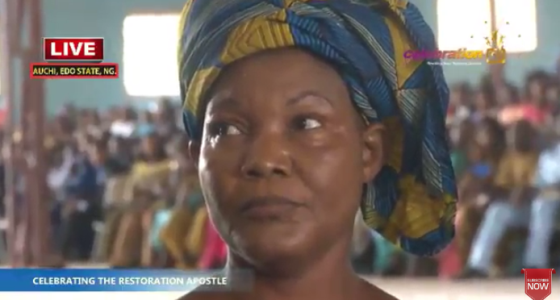 Apostle Suleman said he and his wife have forgiven her but that the law most take its course. See more photos after the cut…
Also recall that yesterday Stephanie released a video saying she is back to her base in Canada and that the video of her mother pleading for forgiveness from Apostle Suleman last week was done under duress. Stephanie alleged that her mother has been arrested twice. In the video, Stephanie’s mother asked people to help her beg the Apostle and that she doesn’t want the matter to continue. Contrary to Stephanie’s claim, the woman said she had never met with Apostle Suleman.
Watch the videos below…