This report is by freelance Nigerian journalist,
Ihechukwu Njoku. Read below…

Thirty-nine of the reported 172 Nigerians
who were deported from Libya on Friday
11th March 2016 were received by Pastor
T.B. Joshua of The Synagogue, Church Of All
Nations (SCOAN) during his church service
on Sunday 13th March. According to a post on the church’s official Facebook page, the
deportees were each given the sum of
N100,000 by Joshua, who is well known
for his charitable gestures. 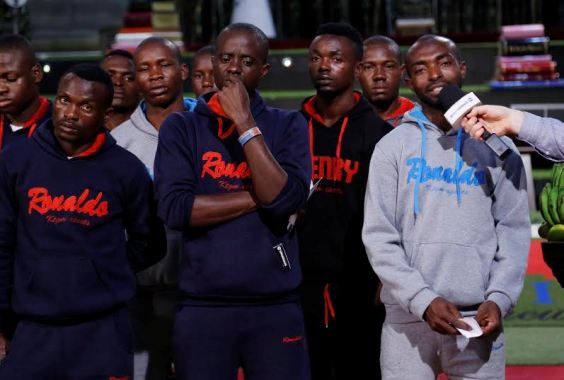 Fidelis Onos, who spoke on behalf of the group,
said that most of them had been imprisoned for up
to one year in Libya after they were suddenly
arrested. The majority were working as
bricklayers in the North African country where
they had sought ‘greener pastures’. “We are not here to blame Libya,” Fidelis is quoted as saying.
“If Nigeria was okay, we would never have left in
the first place. It’s the war in Libya that turned it to
what it is today – in a place where there is no
government, what can you expect?” 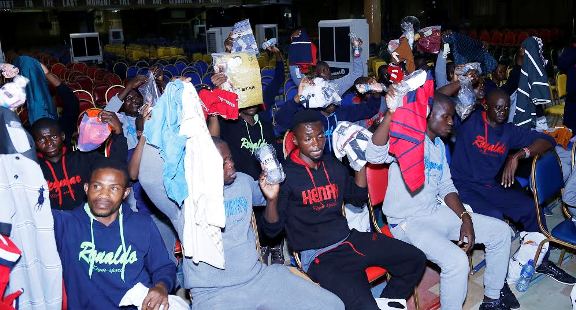 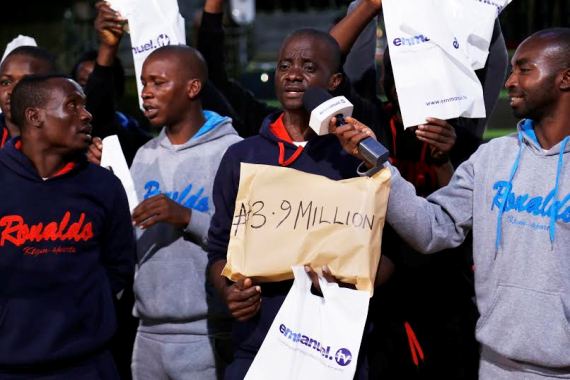 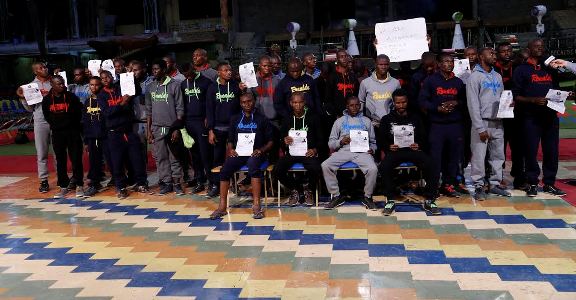 He explained that United Nations officials visited
the Nigerians in the Libyan prison and were
touched at their plight, promising to arrange their
repatriation back to Nigeria. They were finally able
to travel under the voluntary returnee programme
organised by the International Organisation for Migration (IOM).

Arriving in Lagos with only the clothes they came
with, the deportees were provided with a meagre
N6,500, leading to resentful outbursts from many
at the airport. “Frustrated, angry and despondent,
a group of them decided to seek refuge at The
SCOAN, having watched Emmanuel TV in Libya,” the church wrote on their Facebook page.

“Upon learning of their arrival in the church,
Prophet T.B. Joshua immediately sent evangelists
to provide food, alongside medical aid to some of
the most malnourished in their midst,” it
continued. After giving the young men N3.9million
($20,000), many were emotionally moved and shed tears.

“If not for a man like T.B. Joshua, most of us would
have ended up going into armed robbery,
kidnapping or even joining a group like Boko
Haram,” said Godspower Chibuike as he
appreciated Joshua for the gift. “If youths were
encouraged like this, we wouldn’t even think of travelling to places like Libya,” another deportee
stated, adding that he had never seen such an
amount of money in his life.

The group were subsequently provided with
toiletries alongside brand new clothing, as they
had worn the same set of clothes since their arrival
in Nigeria. “Remember, what you make happen
for others, God will make happen for you,” T.B.
Joshua stated in the conclusion of the Facebook post.