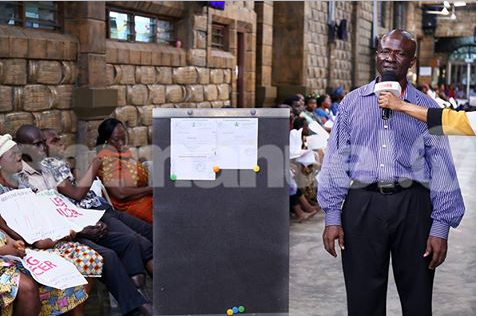 According to the story and photos posted on their Facebook page, the leader of synagogue Church of all Nations, Prophet TB Joshua healed a man who was living with HIV. Read what the story below… 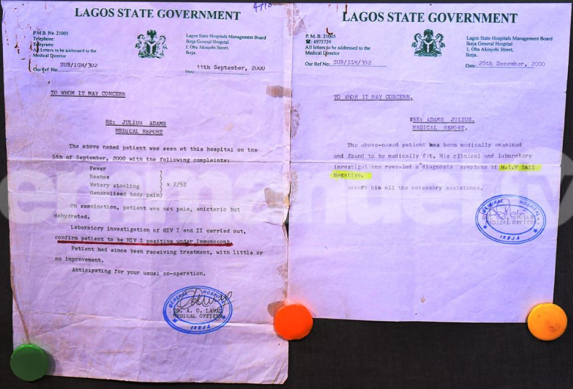 HEALED FROM THE DEADLY DISEASE OF HIV/AIDS Mr Julius Adams was diagnosed with the devastating disease of HIV/AIDS Positive-1 in 1995. He had lived with the terrible disease for the next five years. Not wanting to live the rest of his life in misery and even have a shortened life, he decided to seek a permanent solution from God Almighty. He discovered The SCOAN and believed that only God could heal him from this incurable disease. The man of God, Prophet T B Joshua prayed for him and declared him free in Jesus’ name. After some time, Mr Adams decided to go for a confirmatory test to check his healing. To his wonderful surprise, the test results came back negative! He had received his complete healing in Jesus’ name! It has now been 16 good years that Mr Julius Adams has been free from the deadly disease of HIV/AIDS Positive-1. With his medical reports sitting side by side, Mr Adams proudly shows the congregation his before and after results. Glory be to God Almighty for this miraculous healing. He tells the crowd that there is no earthly cure available, that one must seek the Almighty hand of God to receive a permanent solution through Jesus Chris