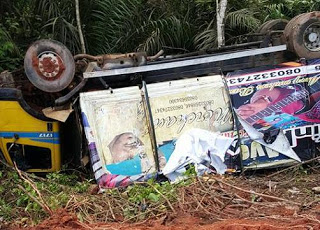 This is not the best of times for the Gospel-Tungba
creator, Yinka Ayefele as he has lost one of his
band boys in a lone fatal accident along the Lagos-
Ibadan Expressway.

According to reports, the truck conveying the
band’s musical equipment ran into a ditch around
10pm Saturday night on the ever-busy
expressway. The driver, while attempting to handle
the impact, swerved off the road and crashed the
truck, leading to the death of one of his band boys, while others in the truck also suffered various
degrees of injuries.

Both the dead and the injured victims were moved
to University College Hospital, UCH, Ibadan.

The ace music maestro revealed the news of the
unfortunate incident on Sunday.

The band later tried to remove the truck with a
crane.

In 1997, the ‘Bitter Experience’ singer was involved
in terrible automobile accident which damaged his
spinal cord and confined him to a wheelchair. 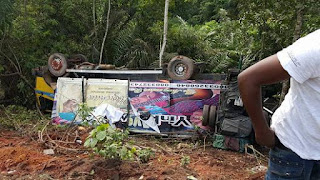 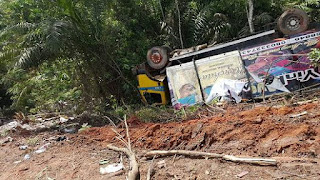 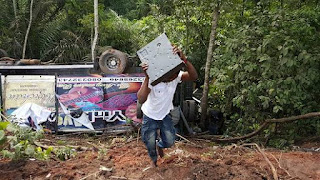 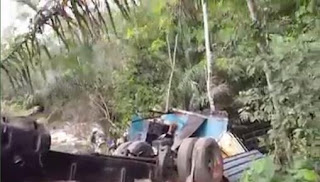 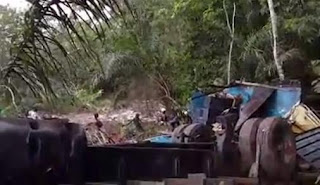