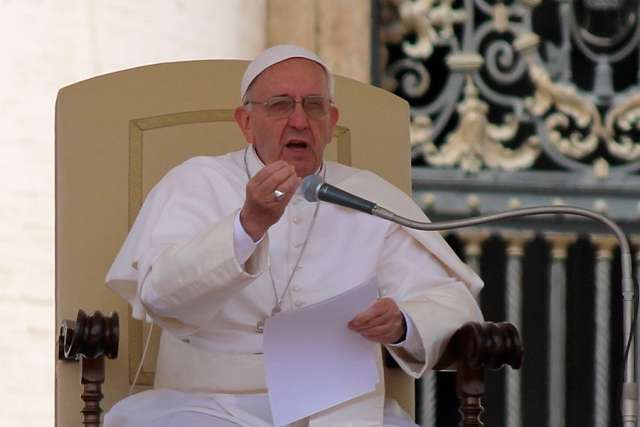 The congratulatory message was contained in a statement issued by the president’s media aide, Femi Adesina in Abuja

President Muhammadu Buhari has congratulated Pope Francis as he turns 80 on December 17, 2016.

The congratulatory message was contained in a statement issued by the president’s Special Adviser on Media and Publicity, Mr Femi Adesina in Abuja on Friday.

The President joined the Roman Catholic Church in particular, and Christendom in general in celebrating this milestone in the life of the Pontiff.

He noted that Pope Francis had shown uncommon humility, generosity and love for humanity.

According to him, Pope Francis has lived, preached and demonstrated the tenets of the Christian faith like Saint Francis of Assisi, who influenced the world around him by caring for the weak, the poor and helpless.

The President assured that the teachings of His Holiness on peace, love and tolerance in a world embroiled in conflicts would not be lost on leaders, and would continue to resonate through many generations.

President Buhari prayed that the almighty God would grant Pope Francis longer life and good health as he serves God and humanity.