Pope Francis: Buhari Thanks Pontiff For His Relentless Contribution To World Peace 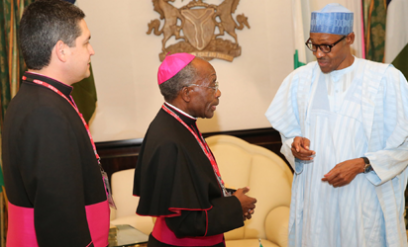 Pope Francis’ efforts towards maintaining peace around the World has been appreciated by the President of Nigeria, Muhammadu Buhari.

During a farewell visit from Archbishop Augustine Kasujja,Apostolic Nuncio (Ambassador of the Holy See), the president described the Catholic leader’s efforts as “active and relentless,“ Vanguard reports.

Buhari pointed out the Pope’s contributions in Syria, which he said were spectacular.

“Please convey our gratitude to the Pope. We thank the Vatican for supporting Nigeria’s efforts. You have spent over six years here. We hope you will keep in touch,” he added.

Archbishop Kasujja responded by praising “the courage of Nigerians,” especially in the North-east.

“If you permit me, I will love to be an ambassador of Nigeria wherever I go,” he added.

Pope Francis‘ reign as the Catholic World leader has been filled with many attempts to ensure total global peace.

In March, 2016, he made an emotional appeal for peace in his message during his traditional “Urbi et Orbi” (to the city and the world) Easter blessing, Religion News Service reports.

“The Lord Jesus by his resurrection triumphed over evil and sin. May he draw us closer on this Easter feast to the victims of terrorism, that blind and brutal form of violence which continues to shed innocent blood in different parts of the world, as in recent attacks in Belgium, Turkey, Nigeria, Chad, Cameroon, and the Ivory Coast, ” he said.

The Pontiff recently prayed for world peace with over 400 religious leaders, including the Emir of Kano, Muhammadu Sanusi II, in September, 2016.

“Here, thirty years ago, Pope John Paul II said: ‘Peace is a workshop, open to all and not just to specialists, savants and strategists. Peace is a universal responsibility.’ Let us assume this responsibility, reaffirming today our ‘yes’ to being, together, builders of the peace that God wishes for us and for which humanity thirsts”, he said. 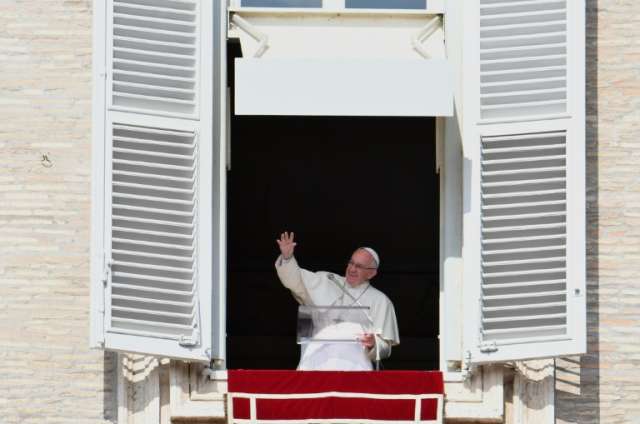 His attempts to ensure global peace and his “deceptive veil of good will,” (in the words of ISIS) has made him the chief enemy of the terrorist group.