Pope Francis: I Will Not Bow To Conservative Critics 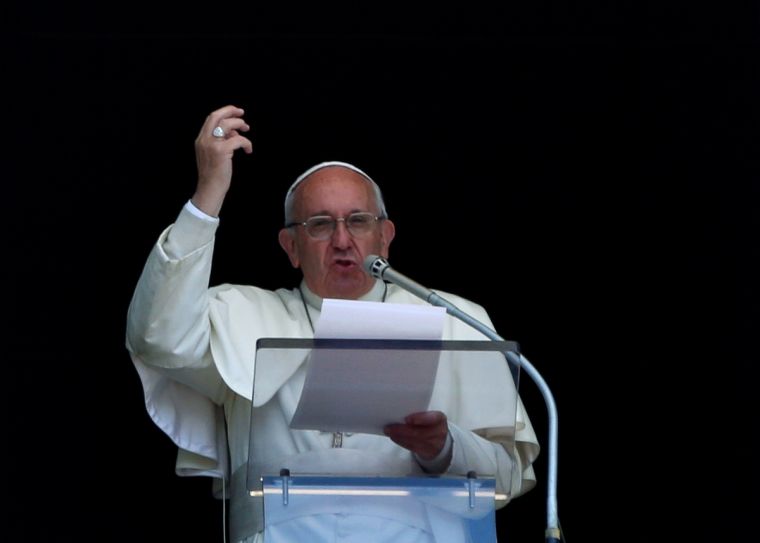 Pope Francis delivers the Angelus prayer in Saint
Peter’s Square at the Vatican.

Pope Francis has pledged he will not be deterred
from making changes by the strong rhetoric of the
ultra-conservative wing of the Catholic Church. But
nor will he chop off their heads, he said.

There are some people in the Church who say no to
everything, he admitted.

He will not live in fear of them or go around looking
over his shoulder, but nor will he fight them. “I
don’t chop off heads. That was never my style. I’ve
never liked doing that,” he said. He said he does
not and has never liked conflict.

Pope Francis was talking in an interview Joaquín Morales Solá of La Nación in Argentina.

He said they had a job to do, just as he did, but he
wants “an open, comprehensive Church” that
walks with wounded families. “They will say no to
everything. I continue on my way without looking
over my shoulder. I repeat: I reject the conflict. I
want a Church that is open, understanding, that accompanies wounded families,” he said.

Using an analogy from trade of carpentry, and one
that is often used in Rome when describing how to
resolve problems by promoting people to positions
in the Vatican, he continued: “Nails are removed by
applying pressure to the top. Or, you set them aside
to rest when the age of retirement arrives.”

He also said his predecessor Pope Benedict XVI
how has difficulties getting around but “his head
and his memory are intact, perfect.”

He also defended Benedict’s resignation, which he
said clarified the problems of the Church. “It had
nothing to do with personal things. It was an act of
government, his last act of government.”

Solá’s questions were mainly about Mauricio Macri,
current President of Argentina, who was Mayor of
Buenos Aires when the Pope was the city’s
Archbishop. Pope Francis denied that relations
between him and Macri were chilly. In 2009, after
Argentina’s first gay marriage was celebrated in Buenos Aires about a year before gay marriage
was legally allowed, the future Pope warned that it
set a “serious precedent”.

The Pope admitted there had been issues between
them but these were resolved.

“We had some other problems, which we spoke
about privately and which we resolved privately.
And the two of us always respected the privacy
agreement.”