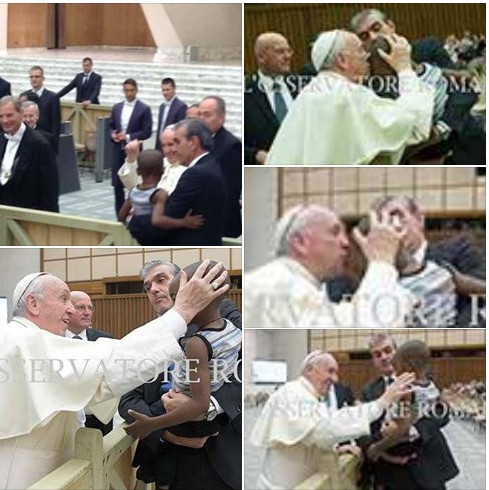 Remember the little Nigerian boy who went missing and left his parents devastated while on vacation at the Basilica in the Vatican City, in Rome, Italy, the young boy was blessed recently by Catholic leader; Pope Francis at the Vatican.

National Helm reported that the young boy went missing and was reunited with his family after being found by a female Vatican Secret Police – to the joy of his parents and siblings.

It was like a fairy tale or a providential coincidence last Wednesday, when His Holliness, oblivious of our earlier trauma of missing and later finding our son, beckoned on little Thierry Okenze Aguguom TOE-EKECHI for blessing when we were received in General Audience at the Pope Paul VI Hall, Vatican City. He prayed & blessed all of us…

As devout Catholics we celebrate this most significant encounter 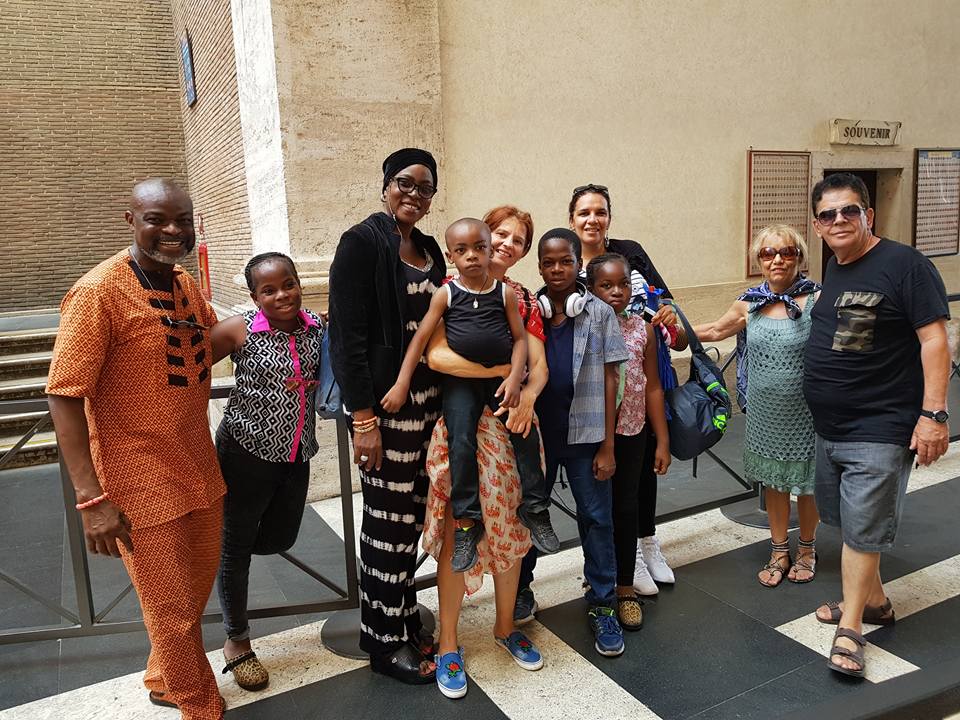 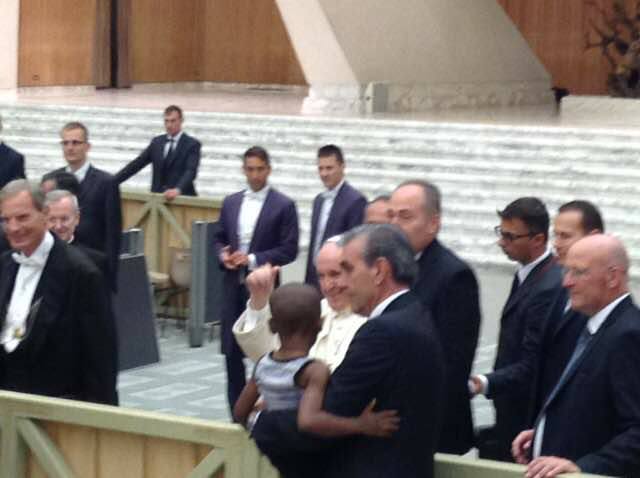 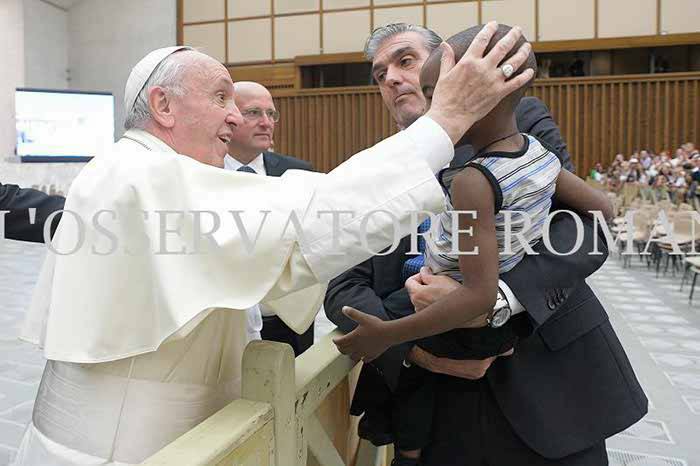