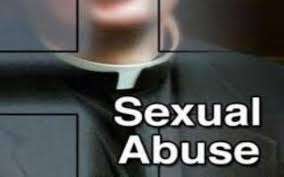 Pope Francis has embarked on a battle against sexual abuse by Catholic priests on children in the Catholic church.

In a letter, written by the Pontiff to mark Innocents’ Day on December 28 and made public on January 2, 2016, he announces his desire to expel sexual abuse from the church,

“Today, as we commemorate the feast of the Holy Innocents, Iwant us to renew our full commitment to preventing these atrocities happening again in our midst.

Let us find the courage needed to take all necessary measures and to protect in every way the lives of our children, so that such crimes may never be repeated. In this area, let us adhere, clearly and faithfully, to “zero tolerance”,  the pontiff told bishops.

Pope Francis also begged for forgiveness of the numerous sins of paedophile priests, promising to do better.

“We hear these children and their cries of pain; we also hear the cry of the Church our Mother, who weeps not only for the pain caused to her youngest sons and daughters, but also because she recognizes the sins of some of her members: the sufferings, the experiences and the pain of minors who were abused sexually by priests.

It is a sin that shames us. Persons responsible for the protection of those children destroyed their dignity. We regret this deeply and we beg forgiveness. We join in the pain of the victims and weep for this sin. The sin of what happened, the sin of failing to help, the sin of covering up and denial, the sin of the abuse of power. The Church also weeps bitterly over this sin of her sons and she asks forgiveness”, he wrote.

This is not the first time the Pope has openly attacked sexual abuse in the church.

DailyMail reports that the Pontiff called child abuse a ‘leprosy’ that infected the church, adding that around one in every 50 Catholic priests is a paedophile.

In an interview with Italian newspaper, La Repubblica, he said,“The Church is fighting for the eradication of the habit and for education that rehabilitates.

But this leprosy is also present in our house. Many of my colleagues who are working against it tell me that paedophilia inside the Church is at the level of 2 per cent. Among the 2 per cent who are paedophiles are even bishops and cardinals.”

That year, he also begged for forgiveness for these sins, which have been described by British abuse victim, Peter Saunders,57, who was molested for more than five years by two priests, a teacher and a member of his family from the age of eight, as ‘life-changing’.

He called on members of the Catholic Church to weep for “the execrable acts of abuse which have left life-long scars”.

The Catholic church has been rocked with many accusations by boys and girls, as young as 3 years old, with majority between the ages of 11 and 14.