Pope Francis To Children: Promise You Will Never Engage In Bullying 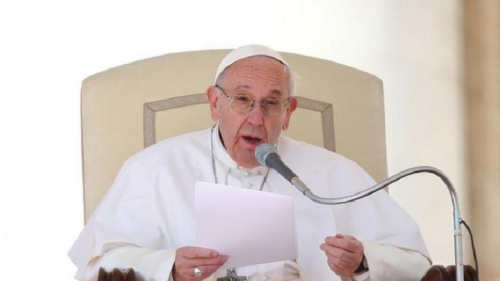 On Saturday evening, the pontiff paid an official visit to the northern Italian city of Milan and took questions from a large audience at the Meazza-San Siro Stadium.

After taking a question about education, Pope Francis proceeded to talk about the issue of bullying, which he described as “an awful phenomenon in education in these times, which worries me.”

The pope then directly talked to the children in the audience, asking them to refrain from engaging in bullying, as noted by a transcript on the Catholic site zenith.org.

“Please, for the Sacrament of Holy Confirmation, promise the Lord that you will never do this and never allow that it be done in your college, in your school, in your district,” stated Francis.

“You promise me: never, never make fun of, never mock a school companion of the district … Do you promise this, today?”

The confirmands present responded with applause and “yes” answers and reportedly responded even louder when asked to verify their response.

At the event, the pope also oversaw Mass at the soccer stadium for approximately 78,000 attendees, according to a Catholic News Service story.

“Pope Francis used Milan’s Ambrosian rite, a Mass that differs slightly from the Latin rite used in most parts of the world,”reported Catholic News Service.

“Some of the differences included the pope blessing each of the readers and not only the deacon who proclaimed the Gospel, and the Creed being sung after the offertory, rather than after the homily.”

During his remarks in Milan, the pope talked about the need to transfer the faith to one’s children, cautioning parents that their “children look at us constantly, even if we don’t realize it.”

“Children know our joys, our sadness and worries. They are able to understand everything, they note everything and, given that they are very, very intuitive, they draw their conclusions and their teachings,” said the pope.

“Show them how the faith helps you to go on, to face the many dramas we have, not with a pessimistic but a confident attitude; this is the best witness we can give them.