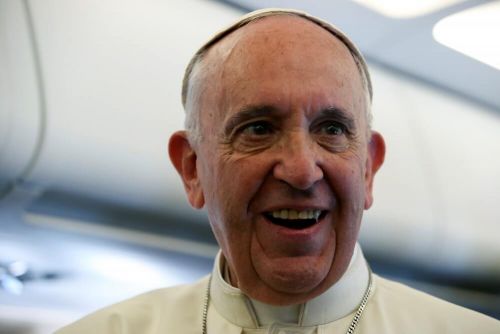 There’s a “global war” against marriage, “the most beautiful thing that God has created,” in the form of gender theory and divorce, Pope Francis warned Saturday, speaking to a Catholic community in the former Soviet nation of Georgia.

“Today, there is a global war to destroy marriage,” the pope told priests, members and seminarians at the Church of the Assumption in the Georgian capital Tbilisi, according to National Catholic Register.

The pontiff said this after a mother who testified at the meeting asked if schools should address the issue of gender. “You mentioned a great enemy of marriage: gender theory,” he said, according toReuters.

Gender theory refers to acceptance of someone’s choice of identity as male or female, both or neither, irrespective of their biological sex.

The mother spoke about “new visions of sexuality such as gender theory and the marginalization of the Christian vision of life.”

“Today you do not destroy with weapons, you destroy with ideas,” Francis added. “It is ideological colonization that destroys.”

The pope previously spoke about “ideological colonization” to criticize rich countries linking development aid to the acceptance of gay marriage and contraception.

Francis called marriage “the most beautiful thing that God has created.” He also mentioned that the Bible says God created man and woman to become one flesh, and spoke against divorce.

“Do you know who pays the cost of divorce?” he asked. “Both people, and even more, God pays because when you divorce … you dirty God’s image.”

The pope suggested that three golden expressions could help: “May I,” “thank you” and “sorry,” according to Vatican Radio.

However, the pope also acknowledged that there could be situations in which reconciliation is impossible. In that case, he added, the church must welcome them, accompany them, promote discernment and integrate them into the community.

The pope said he is “in favour of family and life, which in these times require special pastoral and cultural attention around the world,” according to The Independent.