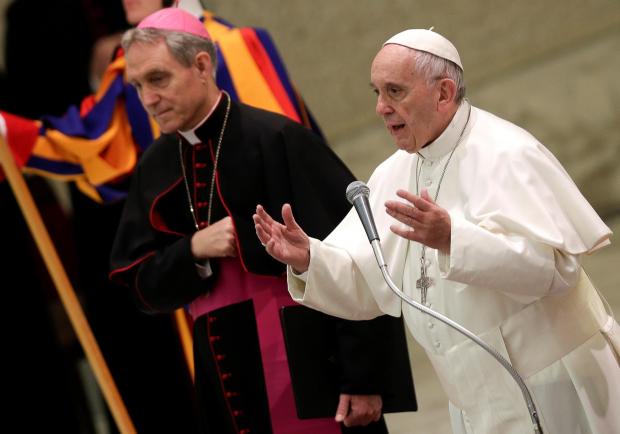 They can be used as means of defamation… No-one has a right to do this. It is a sin and it is hurtful,” he said.

He also lambasted “disinformation,” a subject in the headlines amid debate about the growth of fake online news, and its possible influence on the US presidential election.

“Disinformation is probably the biggest evil a (communications) medium can inflict, because it steers opinions in one direction, omitting part of the truth,” he said in an interview with the Belgium Catholic weekly Tertio.

The Argentine, 79, did not mince his words, saying some in the journalism world suffered from coprophilia — a sexual attraction to faeces — while readers tended to coprophagia, the consumption of excrement.

“I believe the media must be much clearer, more transparent, and not fall — excuse the expression — into coprophilia, which is always wanting to broadcast scandals, ugly things, true though they may be,” he said.

“And as people tend to suffer from coprophagia, it can be very harmful,” he said.

His comments followed widespread debate in the United States and Britain over whether fake news may have played a part in persuading people to vote for Republican candidate Donald Trump and for Brexit.

“Communication mediums have their own temptations, they can be tempted by slander, and therefore used to slander people, to smear them. This above all in the world of politics,” he said.

“They can be used as means of defamation… No-one has a right to do this. It is a sin and it is hurtful,” he said.