Pope Sets Up New Institute For Marriage And Family Sciences 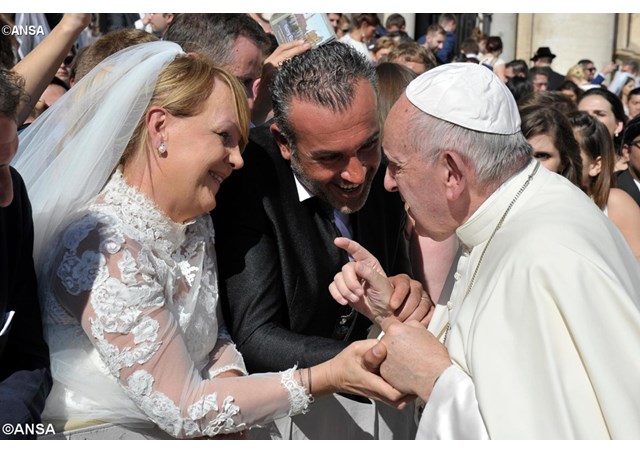 Pope Francis has re-established an institute devoted to the study of marriage and family, building upon the one previously created in the 1980s.

The Vatican announced Tuesday the founding of the John Paul II Pontifical Theological Institute for Marriage and Family Sciences, which is meant to go off of recent Catholic Church work on the subject.

“Noting the important work that has been carried out by the original institute, founded in the wake of the 1980 Synod on the Family, Pope Francis says the Synods of 2014 and 2015 have brought a renewed awareness of ‘the new pastoral challenges to which the Christian community is called to respond,'”
stated a report by Vatican Radio.

“Contemporary anthropological and cultural changes, the pope says, require ‘a diversified and analytical approach’ which cannot be ‘limited to pastoral and missionary practices’ of the past.”

Vatican Radio also noted that the new institute, like its previous incarnation, will work with the Rome-based Pontifical Lateran University.

“It will also be closely connected to the Holy See through the Congregation for Catholic Education, the Pontifical Academy for Life and the new Dicastery for Laity, Family and Life,” continued the Vatican.

“The institute, which comes into effect immediately, will offer students courses leading to a diploma, a license and a doctorate in marriage and family sciences.”

The Catholic publication Crux Now noted that Italian Archbishop Vincenzo Paglia, grand chancellor of the institute, supports the move, calling it a “relaunch and broadening” of the late John Paul II’s “great idea.”

“Paglia said that, at this moment, the body of professors working at the institute will remain, with new faculty being added to respond to the enlarged curricula,” reported Crux Now.

“With the decision of making it a theological institute, Paglia said, the pope enlarges its scope, from being focused only on sacramental and moral theology, to one that is also biblical, dogmatic and historic, and that keeps under consideration modern-day challenges.”

The announcement comes a few weeks after a French book was published featuring an interview in which the pontiff reaffirmed the Church’s position on marriage definition.

In a series of interviews with French sociologist Dominique Wolton that was published earlier this month, Francis stated that marriage is between one man and one woman and that “we cannot change it,” adding that it is “the nature of things.”