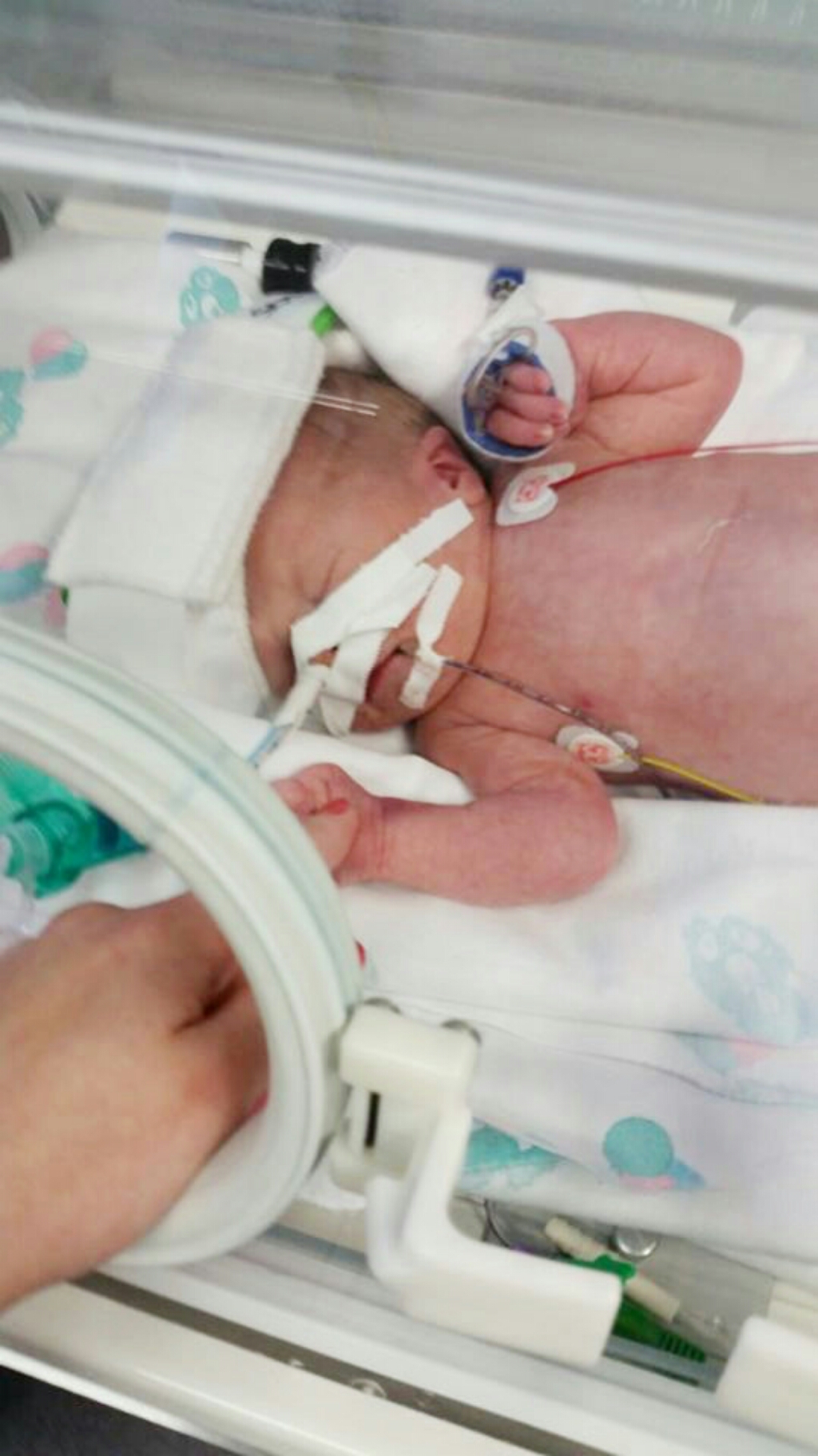 A baby that was diagnosed with life-threatening cancer after he was born is now completely healthy.

Rylee Brady was diagnosed with neuroblastoma when he was born and his mother, Shelbie was told he might have to have chemotherapy. But there was no need as his tumour started to shrink all on its own.

When Rylee was born, he was very ill. He was not breathing and he had to be rushed to intensive care.

Rylee struggles to breathe and eat and doctors soon discovered the large tumour in his abdomen. Doctors said he was so ill that any operation might lead to him dying.

Doctors told them that in some babies, neuroblastoma can start to shrink by itself – advising them to wait and see before starting chemotherapy. His mother made the decision to wait and hope for the best.