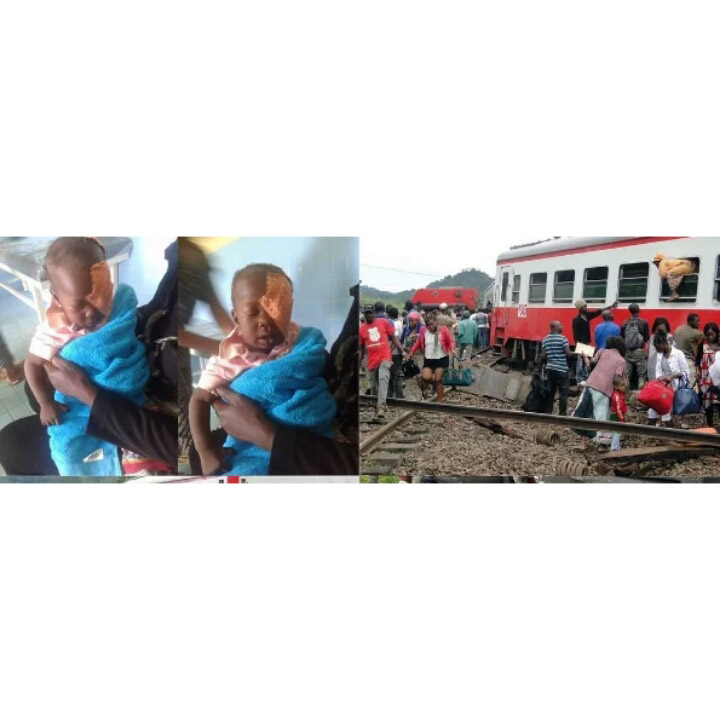 Baby survives train crash that killed 73 and injured 600 in Eseka, Yaounde, Cameroon and the government as declared a day to mourn them.

On Saturday, October 22, at least 73 people were killed and 600 injured when a train carrying more than twice its capacity went off track in Eseka, Yaounde, Cameroon. A baby, who reportedly lost both of her parents, is one of the youngest survivors of the crash.

A Facebook user identified as Mouise Tanyi took to his wall to share a video what actually happened and to release the names of those affected in the crash. He also revealed that the government will declare a public holiday to mourn them saying: “This is part of the list of those who perished in the train accident in Cameroon. President Paul Biya has declared Monday, 10/24/2016 as a day of national mourning.” 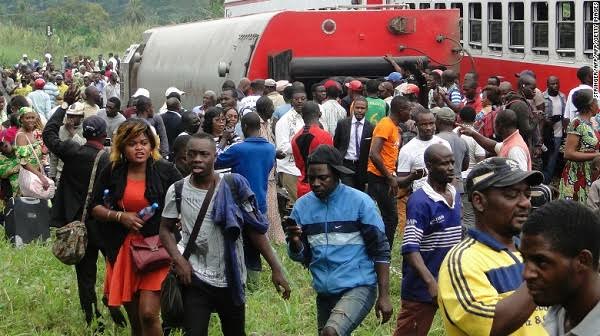 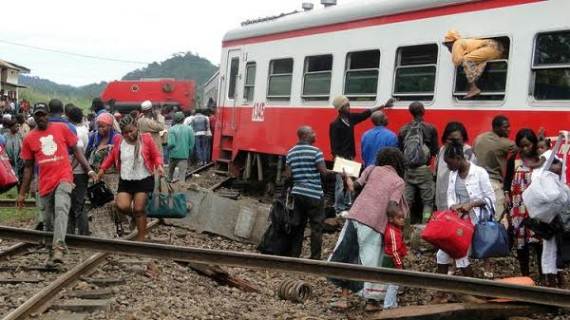 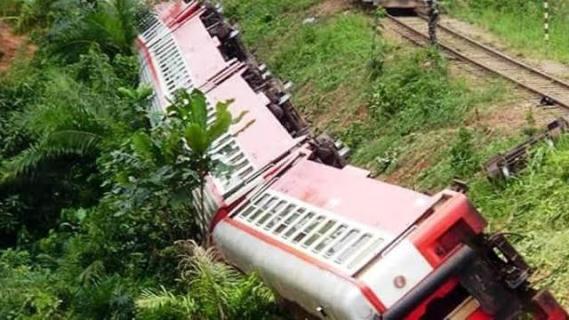 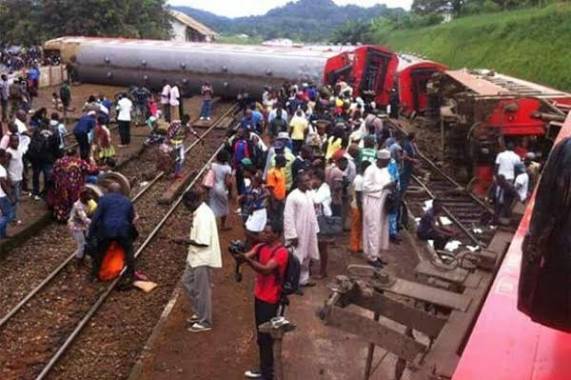 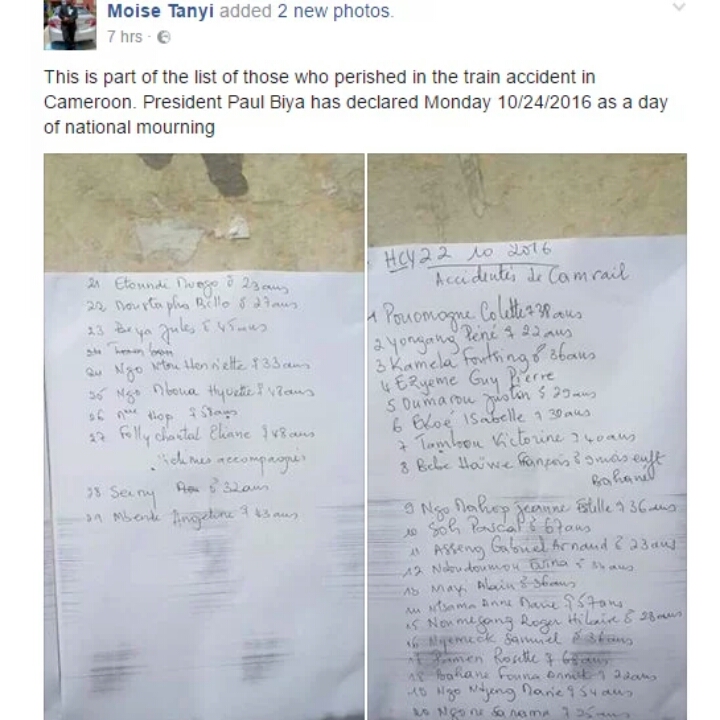